The pain and the glory of Para cycling

BAIE-COMEAU, Que. – When Keely Shaw dismounted her bike after earning her bronze medal in the women’s C4 18.9 kilometre time trial at the 2022 Para cycling Road World Championships on Friday she could barely walk.

She spent a longer period than seemed usual on the treatment table.

Then it was a trudge to the medal ceremony tent. Shaw, partially paralyzed on her left side following a horse riding fall in 2015 but still an ambulatory athlete, sat on a chair, her body folded in two as team officials continued to administer stretches and rubs to ease her discomfort.

When the medal ceremony call came, Shaw, still exhausted, was escorted up to the stage to the back of the podium stand.

Then as she did in her race just a few minutes earlier, Shaw found the inner strength to step on the podium on her own steam to stand and receive the medal. She remained there, through the entire ceremony.

This is a reality in Para sport where athletes face extra hurdles to be among the best in the world in their craft. And few sports are as cruel as Para cycling when it comes to physical exertion.

‘’This happens after every race,’’ said Shaw, 28. ‘’I get very, very spastic after each of my races, it’s just a brain injury thing.’’

Shaw competes on Sunday in the 70.2 kilometre road race. The PhD kinesiology student knows the recipe to come back fresh.

‘’So it’s going to be a matter of making my brain do as little as possible, sitting in a room with little stimulation, making sure I eat good food, hydrate really well and do the necessary stretching so I can be ready to rumble again.’’ 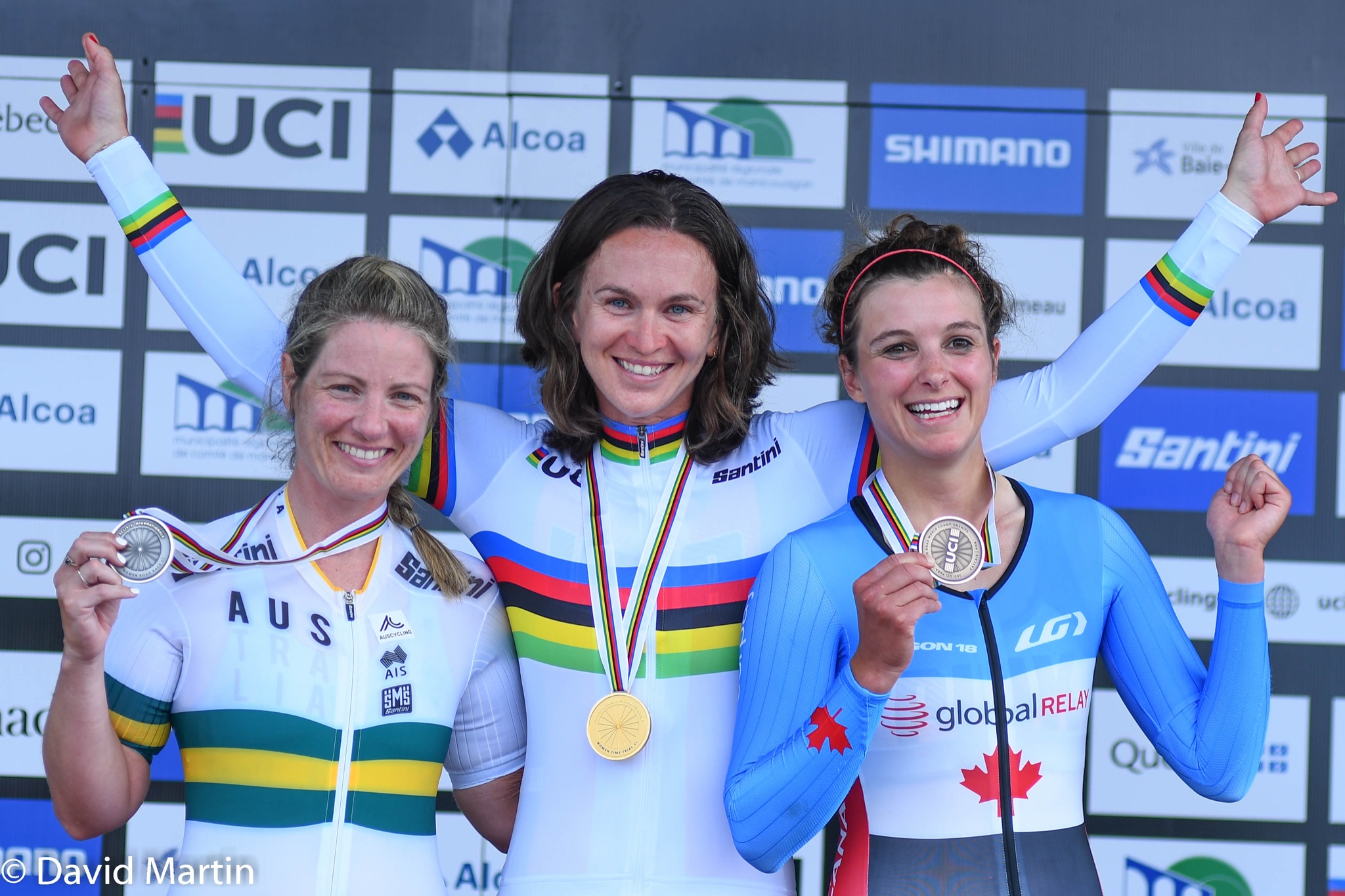 The challenges are worth it for athletes like Shaw. The joy of a personal best result, or a best time and of course the camaraderie of sharing these adventures with your teammates and coaches around the world make the experience worth it.

The 500 athletes here, have put aside the disability label and have shown they can be highly functional in society despite missing limbs, living in a wheelchair, blind, have cerebral palsy or brain injuries like Shaw.

For Matthew Kinnie, a 39-year-old engineer from Riverview, N.B., he says he needed to negate the humdrum of daily life after a rock climbing accident in 2005 left him paralyzed from the chest down, with limited hand function.

‘’I spent a lot of time where I wasn’t pushing myself in life after getting hurt,’’ he said after his fifth place in Saturday’s H2 (hand cycling) road race. ‘’I was just going through the motions and I needed to find a way to push myself again.’’

Para cycling brought training and ‘’perpetual quest for improvement’’ to  Kinnie. Even finishing 20 minutes behind the winner Saturday, he won’t stop looking for solutions to gain ground on his rivals. He mentions 2020 Tokyo time trial champion Florian Jouanny of France, who has a similar functional level, was posting the same results as Kinnie back in 2018.

The Maritimer is ready to pay the price to reach that level.

''If you don’t tell yourself how much you’re going to suffer, you’re already way behind because you can really be shocked by it,’’ he said.