The day before Michael Sametz was to hit the start line as defending world champion in the time trial race, he was debating a strategy to use a bigger gear on his bike.

“I decided to do it and because of that I was a bit nervous to make sure I could keep my momentum,” he said. “Because it was a bigger gear I didn’t want to burn out too early, but that’s why I was so focused on the race. And when I started riding I was like ‘wow, I’m going much faster with this gear and I’m feeling great’.”

The move paid off, as the bigger gear helped him to gain speed on the descents. And on a course that Sametz describes as one of the better recent courses in Para cycling, he captured the 27.2 kilometre crown in his C3 category in 35 minutes and 20.29 seconds.

“On the last lap, I heard the split of where I was about a minute up now, and it just surprised me because I was just riding my own race,” he said. “Once I heard how wide open it was, I was just kind of like I’ll ride it hard to the end because I wanted to still race for a personal best.”

The 22-year-old from Calgary, who was born with cerebral palsy, was one of three members of the Canadian Para cycling team to come home from the road world championships in Maniago, Italy this August with a world title. It was his second straight world championship in the road time trials and a continuation of a strong summer that saw him come out on top at multiple World Cups. 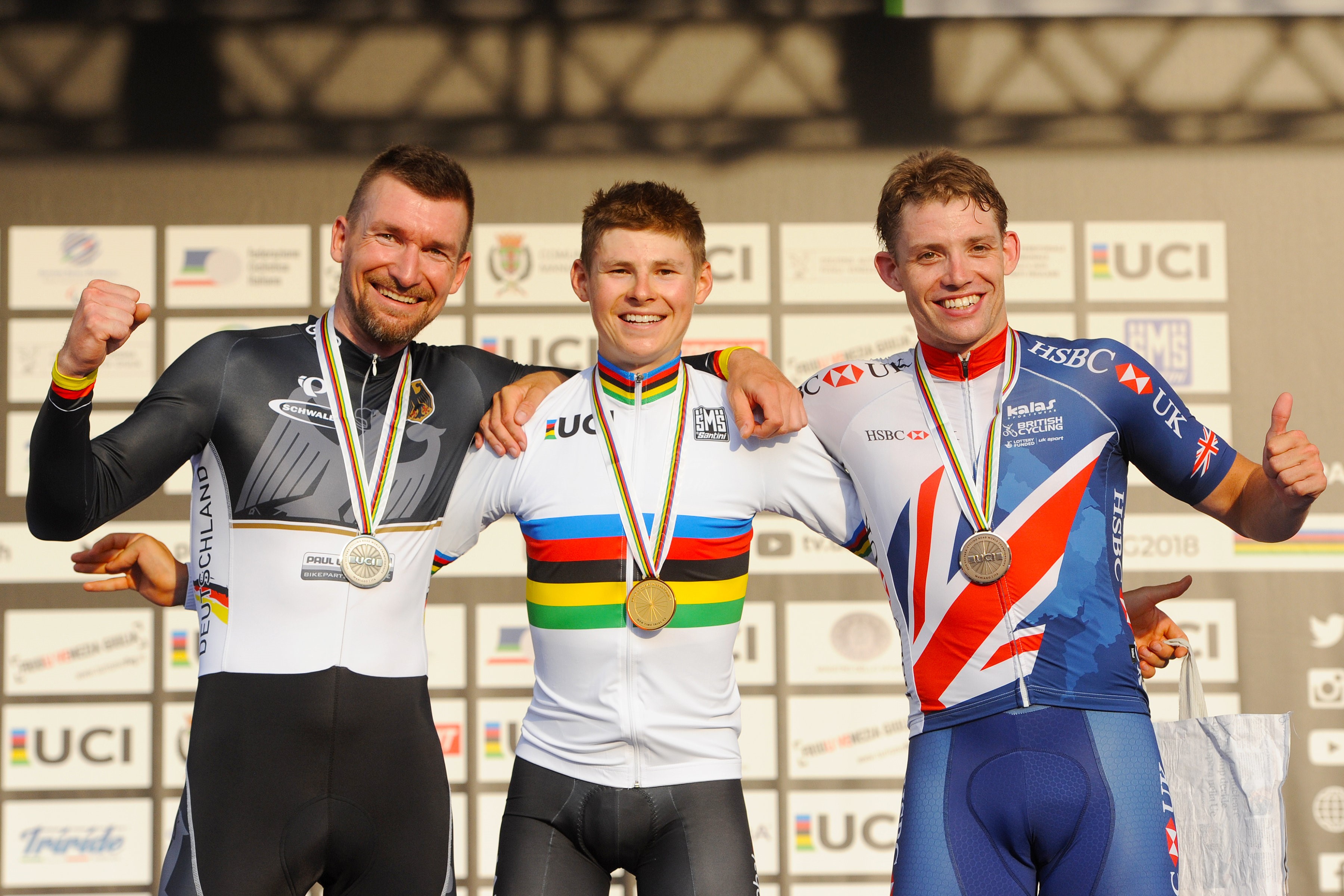 A bronze medallist in his first Paralympic Games at Rio 2016, at the age of 20, Sametz will be looking to build towards greater success in the next two years leading into the Tokyo 2020 Paralympic Games.

“The goal next year is to win a world championship or to win multiple titles because that helps your selection to Tokyo so that’s the main goal,” he said. “And then at Tokyo we’ll see from there. But personally I’m getting stronger and I’m getting faster with age and so I’m slowly being able to drive the competition instead of just staying competitive.

“I’d like to keep building that spot I have in international races.”

That mentality of being a leader is one the entire Canadian Para cycling team lives by, which Sametz says allows them to push each other to do their best.