September 29, 2021
Winnipeg native to be inducted into Canadian Sports Hall of Fame Sunday

VANCOUVER – When Duncan Campbell and his friends invented a team sport back in the 1970’s they just wanted a game that would be fun for quadriplegics.

For over 35 years, Duncan Campbell played the game and worked to help make wheelchair rugby one of the most popular and iconic Para sports in the world. And now the man, affectionally known as the Quadfather for his lifetime dedication to the sport of wheelchair rugby, is to be officially inducted into the Canadian Sports Hall of Fame.

The 65-year-old Campbell, originally from Winnipeg and now based in Vancouver, was part of a group of athletes and builders that were announced in 2019 that also includes wheelchair curler and Paralympic Games champion Sonja Gaudet.

Because of COVID, the ceremony was delayed and will now be held virtually on October 3.

‘’This is very cool,’’ Campbell said about the induction. ‘’I never thought something like this could happen. The only goal with this sport was to have something that was fun for a bunch of people that didn’t have any other team sport.

‘’Now it’s a Paralympic sport played in 40 countries. We never expected any of that.’’

The camaraderie is what attracted players to the sport initially.

‘’We created a good one,’’ said Campbell about wheelchair rugby’s success. ‘’It was enjoyable, fun and competitive. And being a team sport, it was social. It went from being more social than athletic to more athletic than social.’’

Back in the 1970s at age 17, after he was injured in a diving accident and left paralyzed from the waist down, Campbell wanted to play a team sport that was specific for quadriplegics. With a background in hockey, of course, he was eager to develop a physical game.

‘’At that time, we promoted the sport through the Canadian National Games for the Physically Disabled every year. We attracted other quad athletes and slowly but surely it started to develop around Canada. Then we had some contacts in the States where it took some time to develop but once it did, it took off.’’

Wheelchair rugby debuted as a demonstration sport at the 1996 Paralympic Games in Atlanta, and in 2000 achieved full medal status, with Campbell serving as the High Performance Manager for Team Canada.

Campbell continued to serve on the development committee of the International Wheelchair Rugby Federation, and served as the National Development Director for the Canadian Wheelchair Sports Association. He retired this past May after more than decade at the position.

In 2004, the Canadian Wheelchair Rugby National Championship trophy was renamed the Campbell Cup in his honour, and in 2013 he was awarded the International Paralympic Order, the most prestigious award in Para sports.

Campbell has also been inducted into the Canadian Paralympic Committee Hall of Fame, BC Sports Hall of Fame and the International Wheelchair Rugby Federation Hall of Fame.

With that resume, they might have to change his nickname to the Hallfather. 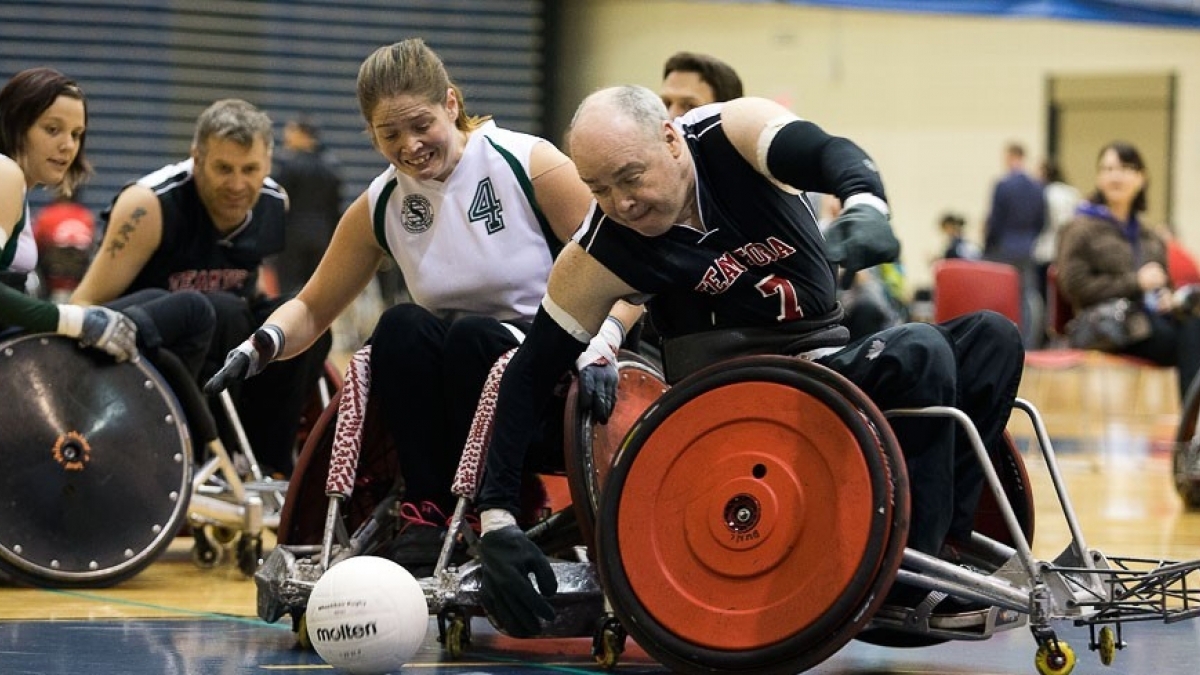