OTTAWA – Canada’s men’s and women’s sitting volleyball teams will have different objectives when they hit the floor at the world championships which run November 4-11 in Sarajevo.

The women’s team appears to be on the cusp of breaking into the medals at a major event. Last summer in Tokyo, the squad reached new heights as it placed fourth at the Paralympic Games, its best ever international performance.

There will be 10 returnees from that team at the world championships, including two-time Paralympians Danielle Ellis and Heidi Peters, who are both excited about potentially reaching the podium.

“I feel confident about our ability to contend for a medal and our goal is to win one,” said Peters, recently elected to the World ParaVolley Athletes’ Commission. “We have had three centralized periods of training since August at our central base in Edmonton. I’m just really excited about it.”

Led by head coach Nicole Ban, Canada is ranked sixth in the world and will compete in Pool B with world number-one USA, #10 Slovenia and #14 Iran. Canada opens against Slovenia November 5 followed by games against the Americans and Iranians, both on November 6.

“It’s not the pool of death but we are going to have to work hard in every game,” said Ellis, Canada’s team captain. “We haven’t played Iran and Slovenia in many years, so we don’t know a ton about them.”

Thirteen countries are in the women’s tournament, split into three pools.

The top team in each pool will get a bye into the quarterfinals while the 10 other nations battle for the five remaining spots in a playoff. 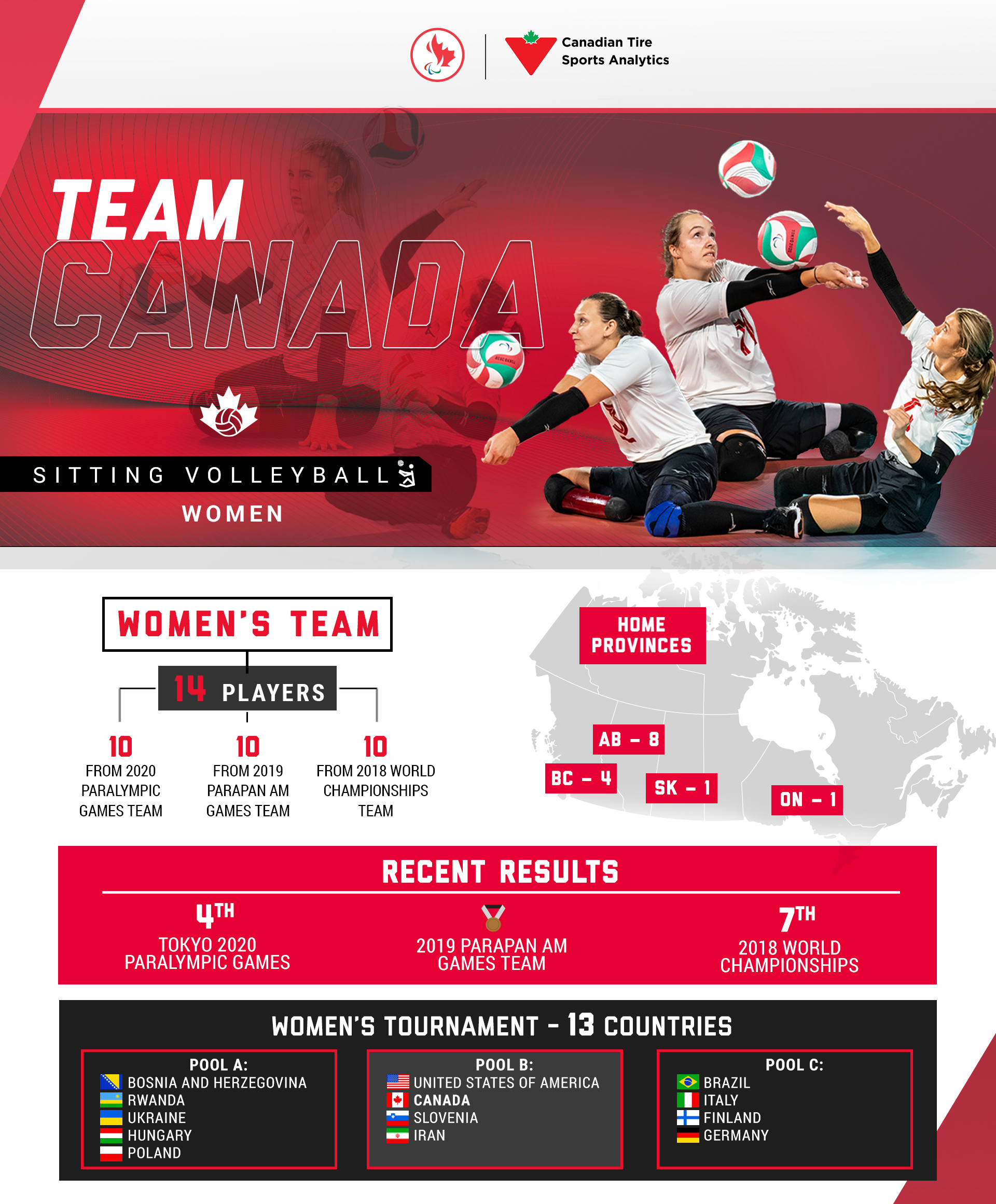 In the 16-country men’s tournament, Canada can break new ground with a top-10 finish – and that is the goal according to head coach Jeff Smith. Like the women, the squad has several veterans with world championships and Parapan Am Games experience.

“The team is ready, there’s some rust perhaps because we would have liked more international games heading in,” said Jose Rebelo, who returned to the squad in 2020 after a four-year retirement. “So now we need to get into game mode. Physically and mentally we’ve done the preparation.”

Canada, ranked 13th in the world, is in Pool C with #4 Brazil, #8 Germany and #16 Poland. The preliminary round determines the ranking for the round of 16.

“We’re growing as a program and we have an opportunity to win some games here,” said team captain Doug Learoyd, a world champion in standing Para volleyball with Team Canada in 2006. 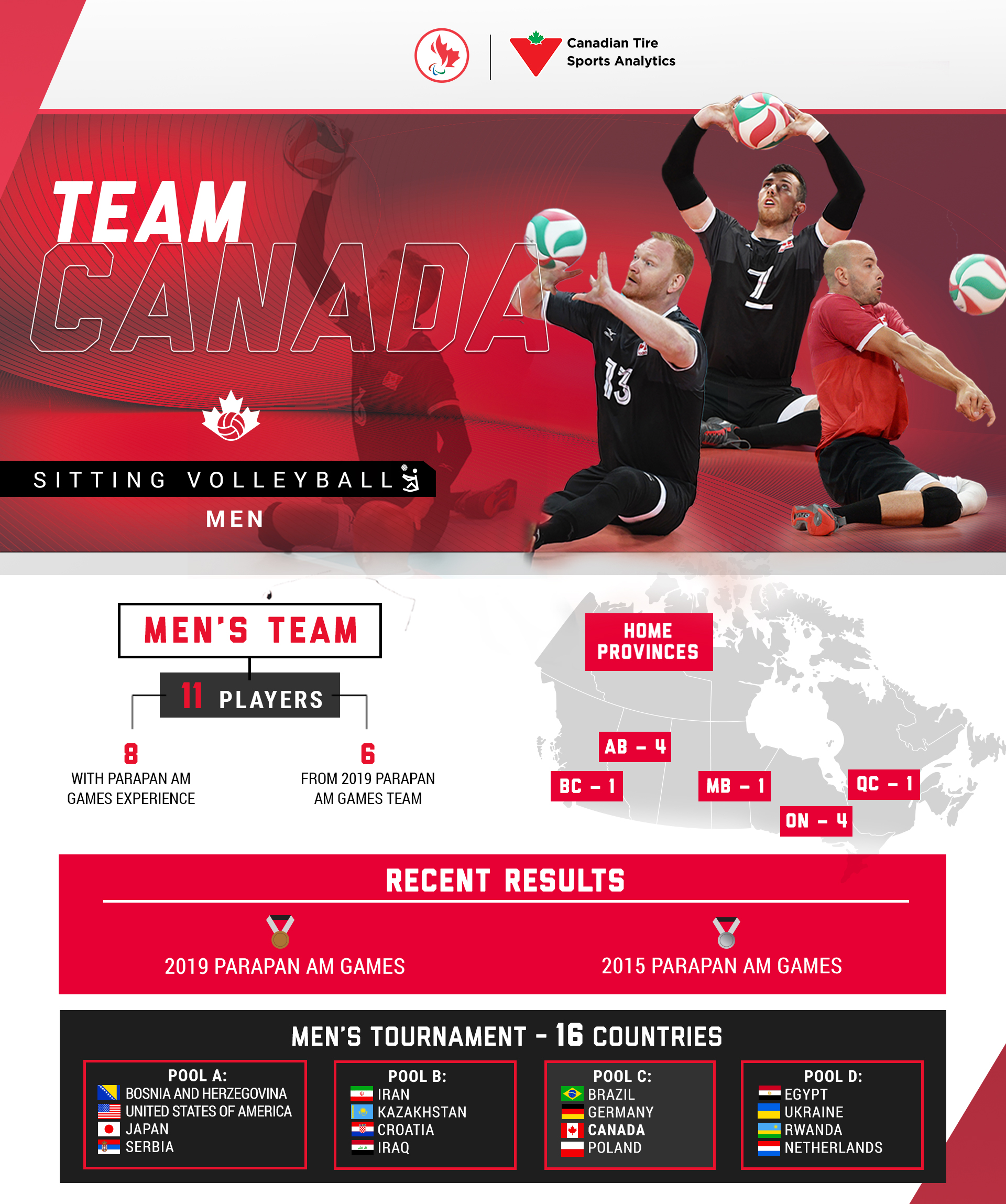 The playoff rounds will begin November 7, with the medal games wrapping up the competition on November 11.

For more information on the tournament, visit: WorldParaVolley.org