CALGARY – Even with her Paralympic Games medals, World Cup Crystal Globe titles, and athlete of the year awards, Para alpine skier Alana Ramsay might best be remembered for her courage.

It started at age 12 when the four-time Winter Games medallist defied doctors to stay in sport and concluded with a magnificent comeback from mental health struggles to reach the podium twice at Beijing 2022.

The now 27-year-old Ramsay announced her retirement from competitive sport today. She plans to use the lessons learned in her career on the slopes to help others.

‘’I wanted to go out on my own terms,’’ said Ramsay. ‘’I wanted to finish my career on a high note, and I achieved that with my success in Beijing. I wasn’t expected to medal at those Games. I completed my first downhill since my crash in 2019 and that brought a lot of confidence.”

Ramsay competed at three Paralympic Games. She tested international snow at Sochi in 2014 and impressed with three top-10 finishes at age 19. Then she notched bronze medals in the super-G and super combined at PyeongChang in 2018. She repeated the exploit in Beijing this year, just weeks after a shaky performance at the world championships.

The 2016-17 season remains her best season. Ramsay won a silver and bronze at the world championships that year. She was crowned the Crystal Globe winner on the World Cup circuit as the season champion in the downhill and slalom and ranked third in the super-G and overall.

She won the Canadian Ski Racing Female Para Alpine Athlete of the Year award in both 2016 and 2017. 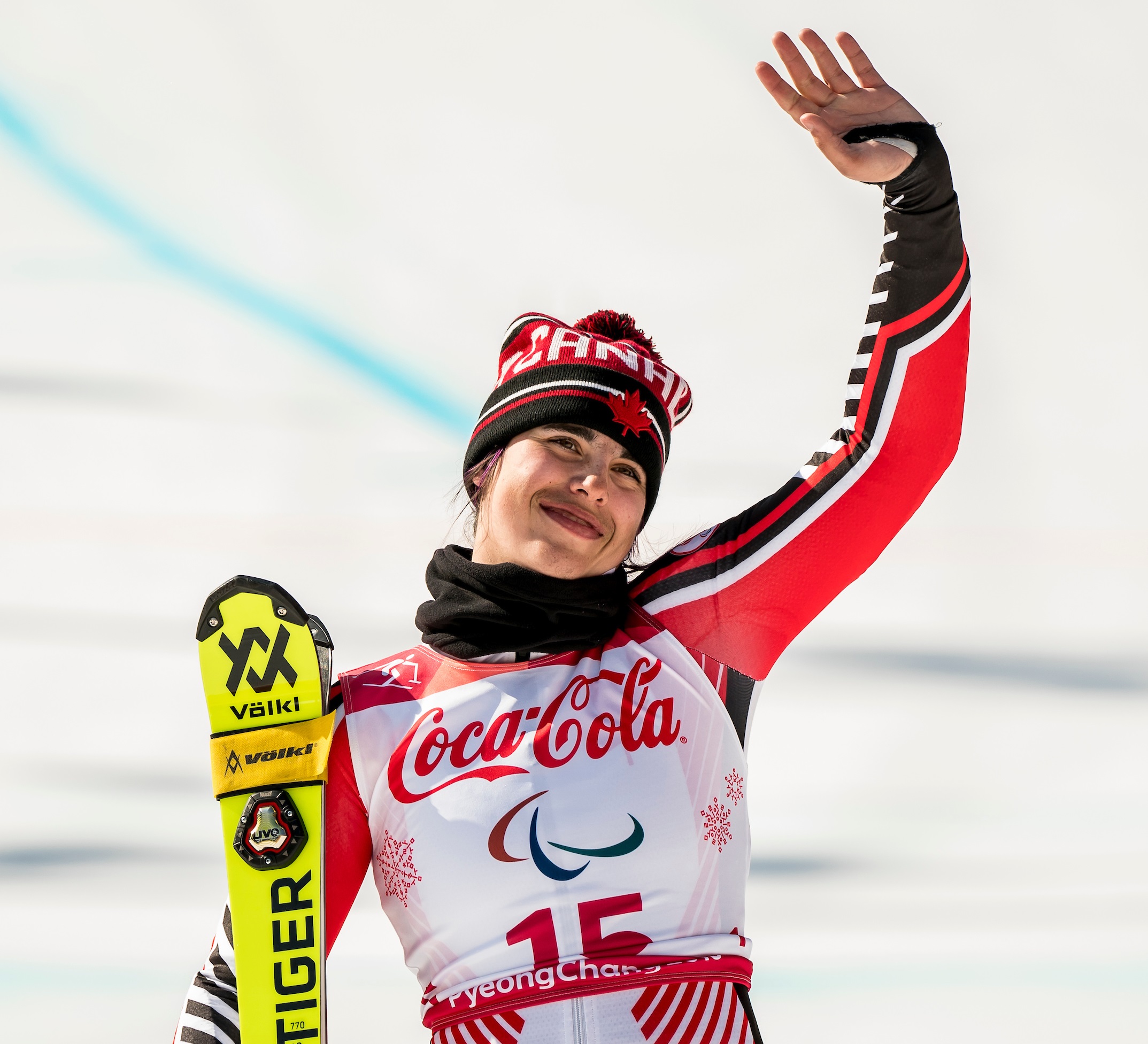 After crashing at the 2019 world championships held in both Slovenia and Italy, she was diagnosed with post-traumatic stress disorder (PTSD) and did not compete for the next two years.

She focused on her mental health during the break from competition, and in early 2022 she said she felt “joy and happiness” in racing again.

‘’Mental health issues don’t disappear overnight,” Ramsay said. ‘’It’s still something I work on along with my physical health. It isn’t talked about much in sport, but it is very real.

“There’s preconception that it just goes away. So I felt it was important to bring it out there that even with success, athletes can struggle with mental health. It was really cool to be on the podium [in Beijing] even through if I had all these struggles in the past. It doesn’t define who I am.

“I sought professional help, met people who were going through the same thing as me, heard their stories and worked hard on getting ‘back to life’.”

Ramsay was born with cerebral palsy due to a stroke, which affects the right side of her body. Her twin sister Rebecca does not have a disability. The pair grew up together as rivals and friends skiing and playing hockey in a sporty family.

At age 12, Ramsay was advised by doctors not to take part in competitive sports after being diagnosed with epilepsy, but with her parents’ support, she decided to continue skiing.

‘’I’ve heard the word ‘no’ so many times and I definitely turned a lot of opinions on what people with disabilities can do. I was stubborn and I really wanted to ski. I was into my first year of racing at the time and that’s I wanted to do.’’

Ramsay plans to return to university next year and study sports psychology. She’s also already dabbled in coaching and hopes to pursue that as well.

“I want to give back to the sport community and the next generation of Para skiers by sharing my knowledge and my experiences.”