That’s the word Wayne Lomas wants his team at the 2020 Paralympic Games to remember as they stand on the blocks to dive into the biggest races of their lives. When that message comes from Wayne Lomas, the athletes should ‘’Believe’’.

Swimming Canada made a giant coup last year when they named Lomas as their associate high performance director and national Para swimming coach. Lomas was simply the head honcho of the Australian Olympic  swimming program, the second biggest power in the sport after the United States.

Lomas moved to Canada without hesitation.

‘’I was fortunate to walk into a really solid program that has a good foundation,’’ said Lomas a couple of weeks ago in an interview at the 2019 Parapan American Games, where Canada’s B team in Para swimming collected 13 medals.

‘’There are great opportunities, great athletes and coaches with great professionalism. Leading up to Tokyo I want to provide the best opportunities to give them what they need.’’

Lomas joined the high performance leadership team from Swimming Australia, where he worked since 2010, most recently as Executive Manager – High Performance. In that role he served as Team Leader for Australia at the Rio 2016 Olympic Games, where the Aussies won 10 medals, including three gold.

He was also accountable for the Paralympic team that won 29 medals – nine gold – and for the development of the organization’s 2017-2020 Strategic High Performance Plan.

He worked at the club, state, state academy and national level as an administrator, educator and coach, including 11 years as Development Manager with Swimming Queensland.

Lomas never had intentions of drilling an Australian team culture into his Canadian athletes. They don’t need it, he says.

‘’Yes we had success down there but its really important to understand that every community has its own unique culture,’’ he said. ‘’It’s about lessons that we’ve learned and how does that sit with the Canadian environment, the Canadian culture and the rich, rich Canadian heritage.’’

History is an important element in Lomas’ coaching philosophy. He says Canadian swimmers, both para and able-bodied need to tap into their sport’s past.

‘’The biggest belief I have is that we have a vision to go forward, to honour the past and those that have stood up before us,’’ he said. ‘’Like Benoit Huot and Stephanie Dixon, Alex Baumann or Penny Oleksiak. We can learn from them.’’

“It’s what happens day-to-day on the pool decks that will make the difference,” Lomas said. “Our role is to facilitate that dream, surround the talent with the support that makes a difference and remove barriers to success. We want to provide targeted investment to help them get that little edge because we know when they get Tokyo they’ll need to do their very best to perform on the day.’’

If that game plan follows through, then Lomas says it’s up to the athletes. 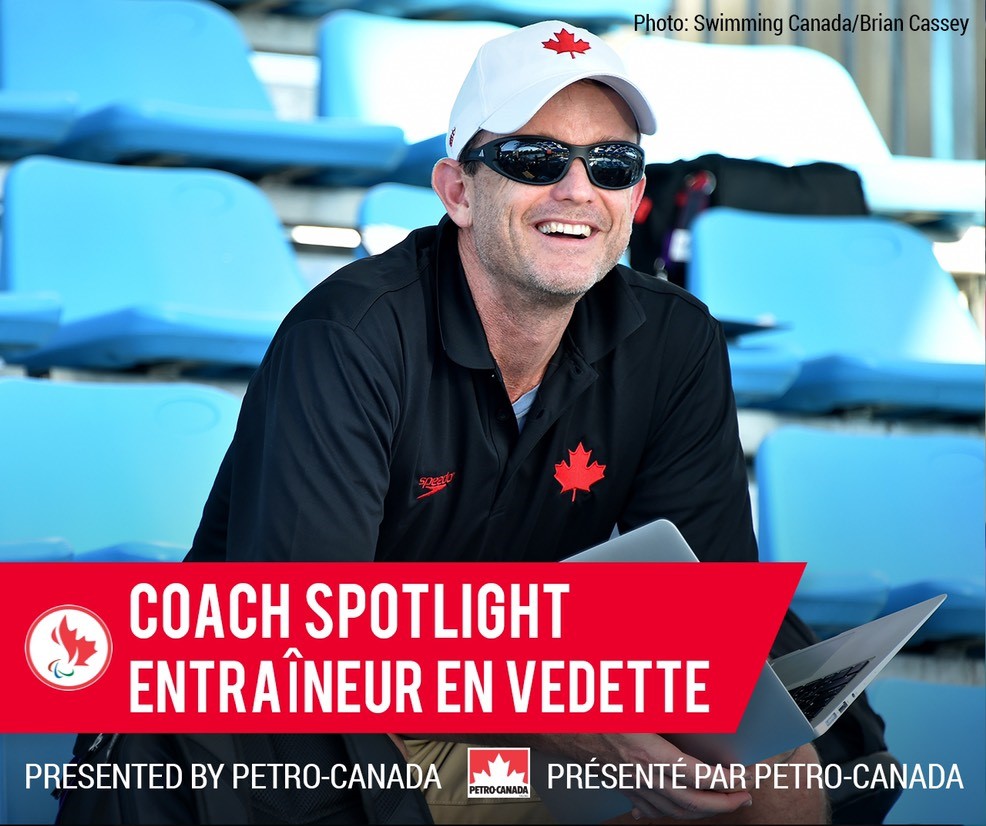