Coach Spotlight: Staying at the forefront key to success for Jean-Sébastien Labrie

CALGARY – In Vancouver, his troops collected 13 of Canada’s 19 medals. Four years later in Sochi, it was an eight medal haul out of 16. The parade to the podium continued in PyeongChang this past March with 10 more medals.

We are talking about Canada’s amazing Para alpine ski team. The architect for all this success is Jean-Sébastien Labrie, who has masterminded the Para alpine program for Alpine Canada since he took the head coaching helm in 2008.

‘’I never imagined I would have coached this program this long and had so much success,’’ said Labrie, from his Calgary office as he crafted his plans for the 2018-19 season which starts next month. ‘’It was really an opportunity that came by chance. One thing I’ll never forget at the time; I was advised at the time by others in the field this position could hurt my credibility as a coach.’’

Well that certainly hasn’t been the case for Labrie. This past March he was asked by the IPC to chart the downhill course for the Paralympic Games. That’s the one of the highest accolades in the sport  and a most obvious indication that you are one of the best in the business. 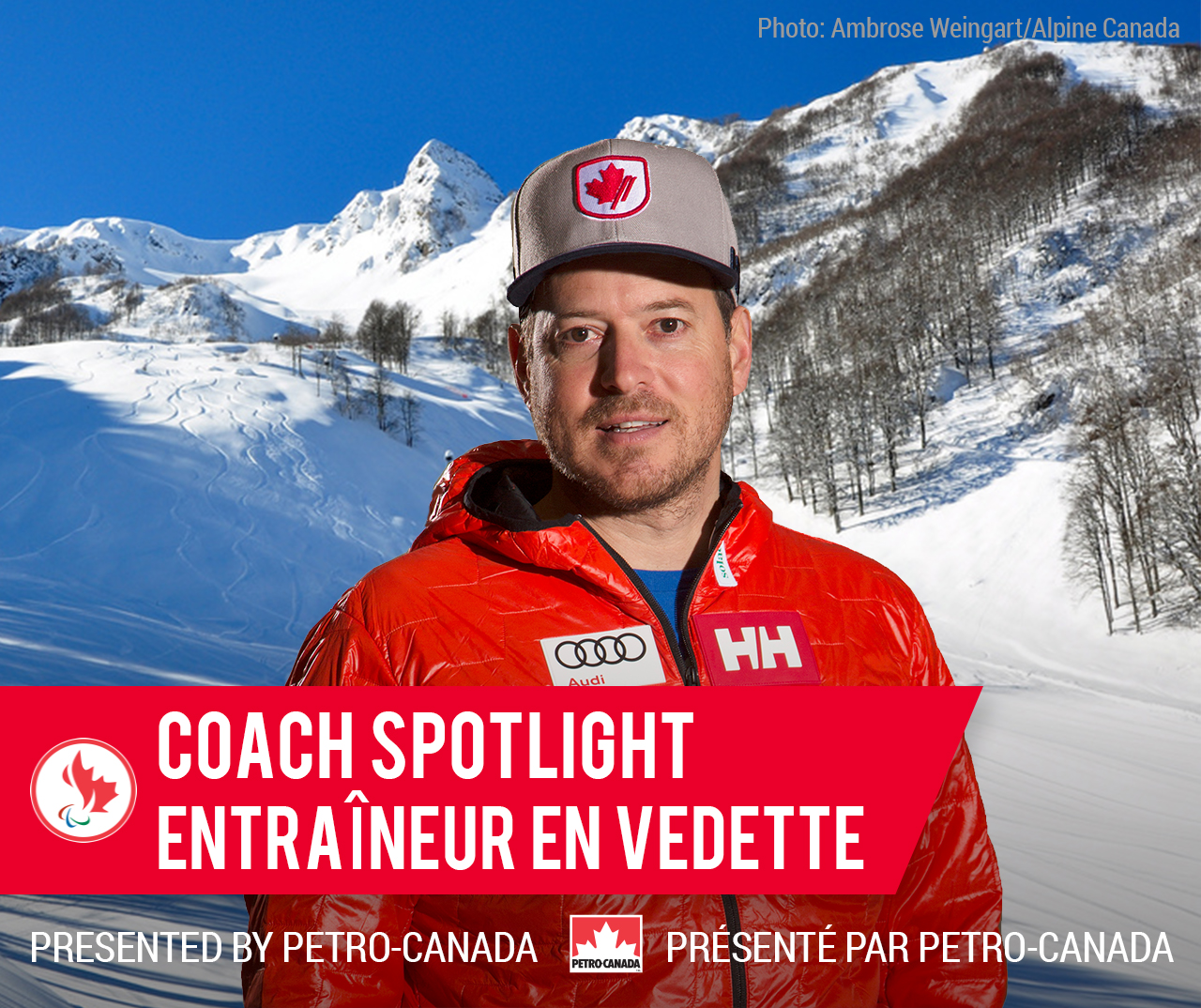 Defying the odds is nothing new for Labrie.

As a youngster he was an excellent hockey player but as a teenager he started to be discarded because of his small stature for the sport. That experience was formative in his development as a coach in the importance of never giving up on an athlete.

At Université Laval, he earned a degree in geometrics while spending numerous hours coaching alpine skiers. That taught him self-organization and time management.

He coached in Western Canada and in Ontario early in his career, despite not speaking a word of his English, at the time. Now he is fully bilingual.

When an offer came along to coach the Para national team, he was intrigued. More than 10 years later he is as excited about the start of a new quadrennial as ever.

‘’It’s very motivating to work with elite athletes,’’ said Labrie. ‘’I have a passion for preparing a team, making a plan for two to four years and to improve the team each season so it can reach its peak at the Paralympic Games.’’

Labrie agrees that a coach has to be a jack of many trades.

‘’To manage to a team in sport you need a detailed plan with alternate scenarios in case the unforeseen happens,’’ he said. ‘’That tends to happen more frequently in skiing than in some other sports. Things can get derailed with weather issues and scheduling changes.

‘’You need to stay calm through all this and manage the pressure for big events such as the Games. As a coach you are a leader of the team and you have to show the example. I certainly learned more about myself under stressful situations.’’

His advice is simple for aspiring coaches: never stop learning.

‘’Get informed and educated about coaching and your sport,’’ Labrie said. ‘’You are always learning not only about technique but about the mental aspect and performance factors. At a high level, it’s almost more about all the things in the surroundings that affect the athlete rather than the technique. You need to be open to new technologies and be at the cutting edge of everything that’s affects performance.’’