December 19, 2018
Andrezj Sadej has just returned from experiencing his greatest moment as a judo coach

OTTAWA – In a lengthy and impressive career that included helping guide Canada’s first athlete to reach the Olympic podium, Andrezj Sadej has just returned from experiencing his greatest moment as a judo coach.

Weeks later, Sadej is still exhilarated with Canadian Priscilla Gagné’s bronze medal in women’s 52 kilos at the Para judo world championships last month in Portugal.  As he explains, the Gagné experience at the worlds was more than about the medal. It was about conquering the obstacles that led her to her most successful international result.

‘’There was no greater satisfaction for me than to see Priscilla on the podium at worlds,’’ said Sadej, who is a Chartered Professional Coach registered with the Coaching Association of Canada. ‘’I’ve been with Priscilla since the very beginning of her judo career. Because I witnessed and directed her incredible progress and seen the phenomenal growth of this deep and special person, it’s very gratifying for me.’’ 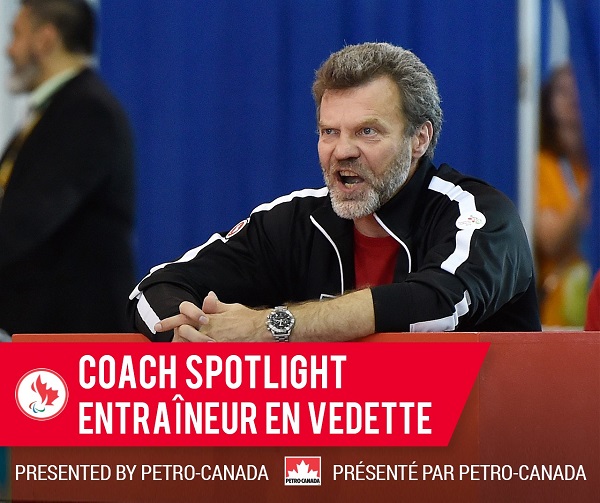 It should also be noted that Gagné was the only medallist out of all the women’s weight divisions who was totally blind (B1 class) to get on the podium. In her weight category there were four new entries, all with international able-bodied experience, and she also beat the Russian entry that was not at the Rio 2016 Games because of the ban.

“I always knew she was facing an uphill battle but I always believed she could do it. She did the near impossible and that is why it is so emotional for me.’’

As a judo competitor, Sadej won quite a few medals himself, including seven in his native Poland, five in European Championships, and four at the university world championships.

In his nearly 25 years as a coach and administrator with Judo Canada he has helped his adoptive homeland become a major player, first at the able bodied level, then at the para level. He helped coach Nicolas Gill to Canada’s first ever Olympic medal in 1992.

Sadej has been involved in the para program administration for 15 years and as a coach for four years. After the 2014 worlds, Judo Canada decided it was going to get serious about Para judo.

With both Gagné and Tony Walby, another Canadian Para judoka, living in Ottawa at the time, Sadej became the obvious choice to coach the para program.

‘’I still had my Sports Director job so I considered the Para judo coach carefully since that was going to be another full time job,’’ Sadej said. ‘’But once I got to know the athletes on the personal level, I realized what a privilege it is to work with Para athletes. They are dedicated both on and off the mat. They appreciate what they have and share their gratefulness with those who help.

‘’It was a re-energizing experience and brought back my love of judo.”

Sadej says the best way to develop Para athletes whether they are visually impaired or in a wheelchair is not sticking them at the side of the room or at another venue.

‘’The best environment for our Para judokas is a fully integrated environment,’’ he said. ‘’That is how they develop the fastest.

‘’The biggest challenge at the beginning was to get help from our able bodied athletes. It was tough at first when we arrived at the national training centre in Montreal but that has changed. Our athletes have shown maturity to dedicate personal time to Para judo and that’s been great experience for those involved.’’

Sadej says when it comes to the actual coaching of Para athletes, it’s not all that different.

‘’Every one of those athletes is an individual,’’ he said. ‘’From the teaching perspective I’ve always been a fan of simplification of our sport. We tend to get over sophisticated.

‘’The biggest learning curve for me was traveling with the team and understanding their needs such as giving a tactile demonstration of a hotel room and gathering food for the athletes.’’

The reward for Sadej is to see the Para athletes benefit from their sport experience. For example, Walby was recently named Chair of the Canadian Paralympic Committee’s Athletes’ Council.

Sadej has simple advice to new coaches in Para sport.

‘’Be patient,’’ he said. ‘’Learn as much from the athletes as they can learn from you. Open your heart. If you are in it for the athletes then they quickly understand and pay back with the same.’’