LONDON, Ont. – After he had just completed high school, Mick Lizmore volunteered with the London Blizzard Para ice hockey program, travelling to tournaments, and even filling in as a player in practice.

It was his introduction to Para sport, which would eventually become his current career.

A champion player at both the Canadian University and Canadian Mixed Curling Championships, Lizmore joined the national wheelchair curling team in 2019 as an assistant coach and consultant. He was named head coach in May 2020 right in the middle of the COVID-19 pandemic.

That initial experience with the Blizzard stayed with him all these years later.

“I was really impressed with the immense talent and dedication shown by the athletes,” recalled Lizmore, 34. “The strength and focus was pretty cool.

“It laid a foundation of familiarity and comfort within the Para sport environment.”

“I’ve had an amazing opportunity to learn from so many different individuals within our integrated support group and all the athletes in the program,” he said.

“I’m learning how to work in a larger team, focus on the things I do well and set up others on what they do well so we can all work together in an effective way.”

With veterans such as now four-time Paralympian Ina Forrest, as well as Mark Ideson and Dennis Thiessen, both on Canada’s last three Paralympic squads, part of the national team, Lizmore remembers his biggest concerns early on.

“It was heading into a high performance environment with a team that was really well accomplished and wondering what I’d be able to do to help support them,” he said. “I didn’t really know them that well, so it was like the first day at school.”

But Lizmore, who began coaching junior curling players while pursuing his PhD in sports psychology at the University of Alberta, needn’t have worried.

“They were super welcoming,” he said. “They encouraged me to provide them feedback.”
Collinda Joseph, who competed at her first Paralympic Games in 2022, says Lizmore made the athletes comfortable.

“I appreciate the fact that he is open to bringing an honest conversation,” Joseph told Radio-Canada just prior to the Beijing Games. “If we find there are things that are not working well, we work it out together.”
Lizmore says it was important for him to tap into the players’ knowledge.

“One of the values we’ve collectively highlighted as a group is collaboration,” he said. “We want to bring together the unique and expert perspectives of individuals from the different areas they have experience in.

“When you navigate your way through a season or an event, everyone has a different role to play.”
As far as game strategy goes, Lizmore says the wheelchair game remains familiar, but it can be affected by the fact there is no sweeping.

“Curling is curling,” he said. “At every level and every set of teams you work with, everybody has slightly different strengths. Not having sweeping just changes a little bit how certain shots are going to be made.

“The wheelchair athletes are required to be more accurate and their level of precision is just amazing.”
As coach of a veteran team, Lizmore doesn’t dissect the game of an established player such as Ina Forrest for example.

“Every athlete has their preferences with the ways that best work for them,” said Lizmore. “But I can suggest ‘here is an idea, what do you think’ and others ask ‘what are you seeing, what do I need to change’.

“Finding out how each individual wants to communicate is part of the process.”

Lizmore also recently introduced another coach to wheelchair curling. His advice: “I encouraged her to be curious, open-minded, listen more than you speak and ask lots of thoughtful questions.” 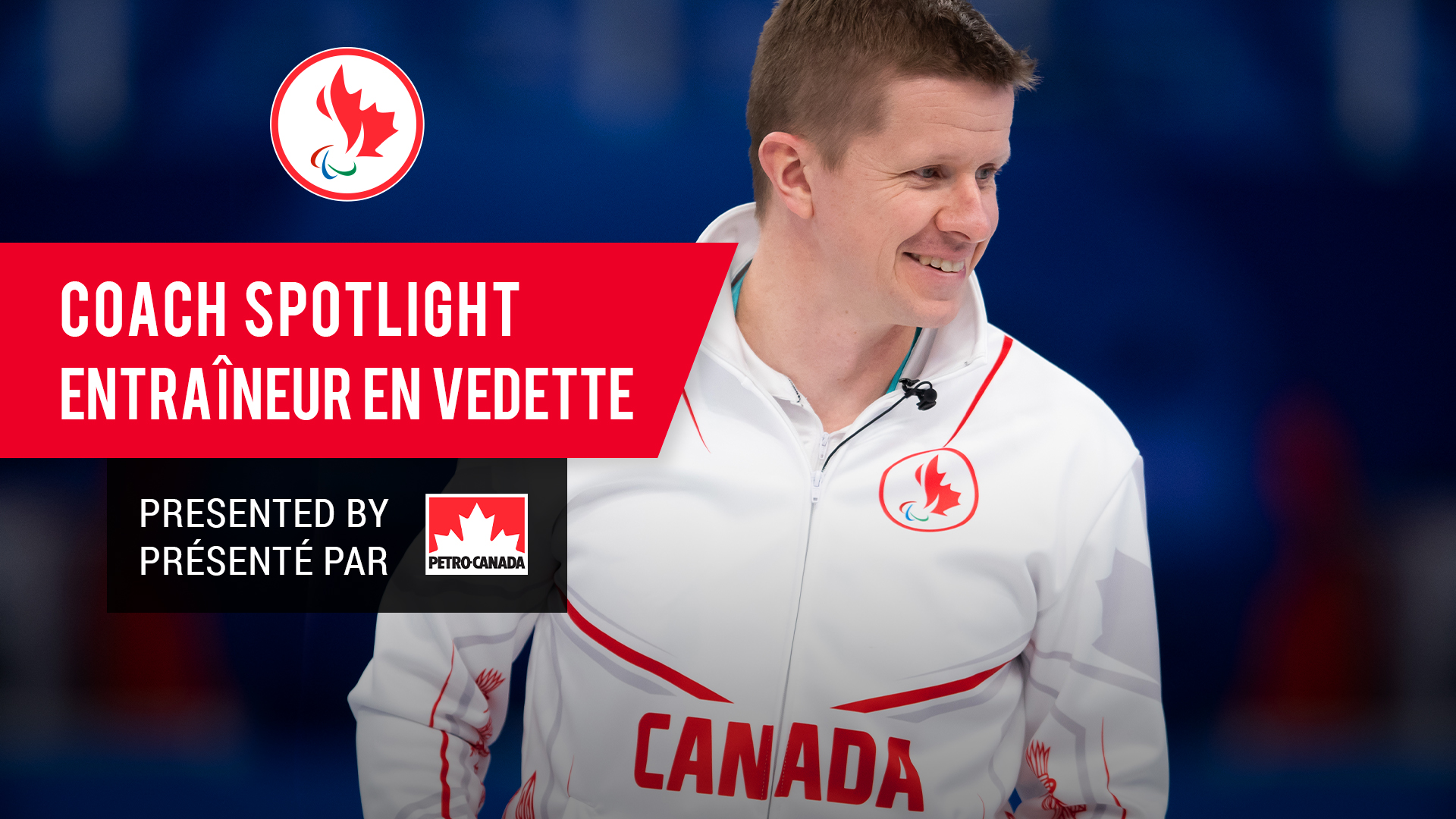