CALGARY – Even though she can chat infinitely about her craft, Kim Cousins may just be one of Canada’s best kept secrets on the national coaching scene.

With over 30 years’ experience, she is a trailblazer for women’s coaching and an expert in speed and power development which has raised the fortunes of Canadian athletes in bobsledding, skeleton, and athletics.

In 2015, she entered the world of Para sport. She has not looked back.

“Para is my passion,” said Cousins, who guided Alister McQueen to a silver medal in the javelin throw at the 2016 Paralympic Games in Rio and Jennifer Brown to two Parapan Am Games titles in discus.

“It just really ramped up my coaching education. My first Paralympics were in Rio and that was just an amazing example of athletics excellence.

“It just got me super hooked.”

It was Brown, one of her former pupils, that called her up and told her she had multiple sclerosis and was pursuing a Paralympic berth. Cousins was with Calgary Track and Field at the time. Later she was Athletics Canada’s Paralympic Next Gen Coach and Team Manager.

“Jenn and I started walking on this pathway of Para,” said Cousins. “We had some really great people helping us along the way helping us discover what Para athletics is.”

After Brown, McQueen soon joined and eventually Cousins had a small group of Para athletes in her stable.

To better understand Para sport, Cousins reached out to her contacts all over the world to get information on limitations to pushing, lifting recovery period, dealing with heat, and other various issues for her athletes.

“You have to build resiliency and trust in your program,” she said. “Sitting in it now, I still have questions, but we are growing, and we are showing these athletes are exceptional. People and communities want to support them.

“You can get through the barriers and get to the podium. That’s really the story.”
Cousins says being involved Para sport is an opportunity coaches should seriously consider.

“You’ve got to do the work and you have to put in the time,” she said. “But if you do so, there is opportunity for you. When you get to the other side it’s a really cool place to be.

“I feel privileged and honoured to work with these athletes. When I get to be part of their experience on this pathway, I just feel super stoked.”

Cousins was Canada’s throwing coach on the ground at Tokyo 2020 and directed the fortunes of Greg Stewart to the gold medal in shot put. She worked in tandem with Stewart’s regular coach Dylan Armstrong.

She says it was one of her greatest coaching memories.

“It was the most amazing experience coaching towards that,” Cousins said. ‘’It was stressful, but he [Greg] did it. I thought being part of a gold medal… this is really nice.”

“I could get used to this flavour.” 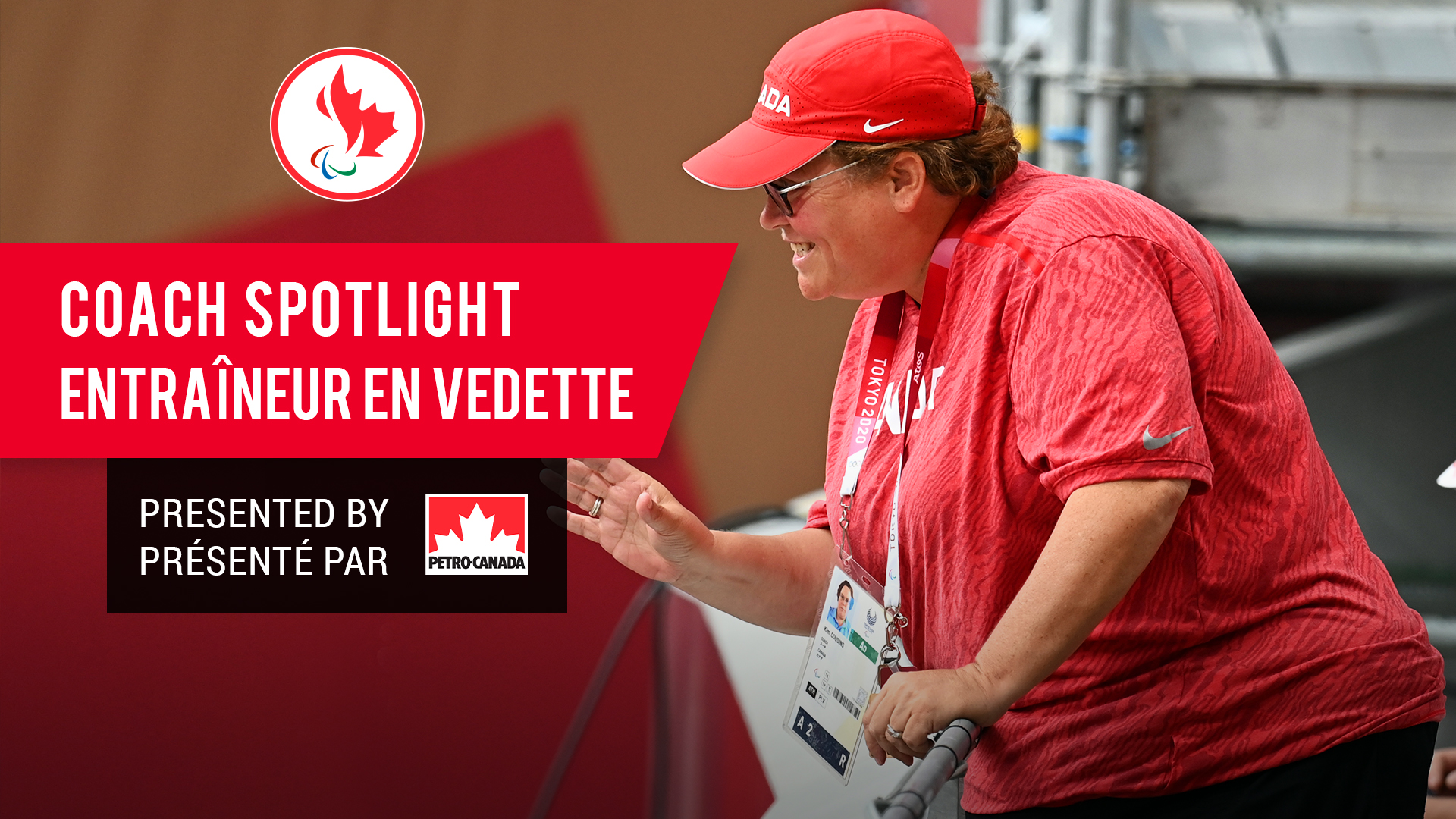