OTTAWA – Ken Babey experienced a spectacular introduction to the Canadian national Para ice hockey team the first time he stepped on the ice as head coach.

“A player took me out at the knees by accident because I wasn’t positioned properly to see the players,’’ said Babey. ‘’I had a fall and I got woken up so to speak.’’

Thus began a new coaching challenge for the now 64-year-old from Saskatoon, who is a Chartered Professional Coach (ChPC). He spent 27 years as the head coach of the men’s hockey team at the Southern Alberta Institute of Technology (SAIT) from 1987-2014. He finished his career as the most successful coach in Canadian post-secondary hockey history, with 534 regular season and playoff wins.

Needless to say, Babey quickly found his bearings from that first day forward in 2015. He led Canada to the world title in 2017 and the silver medal at the 2018 Paralympic Winter Games in PyeongChang. The Canadians lost the final 2-1 to the U.S. in overtime.

While coaching at SAIT, Babey had worked with Hockey Canada in various capacities as a coach on under-18 teams and at national championships. So when the search got underway for a new Para coach, Hockey Canada was familiar with Babey’s coaching style and philosophy. 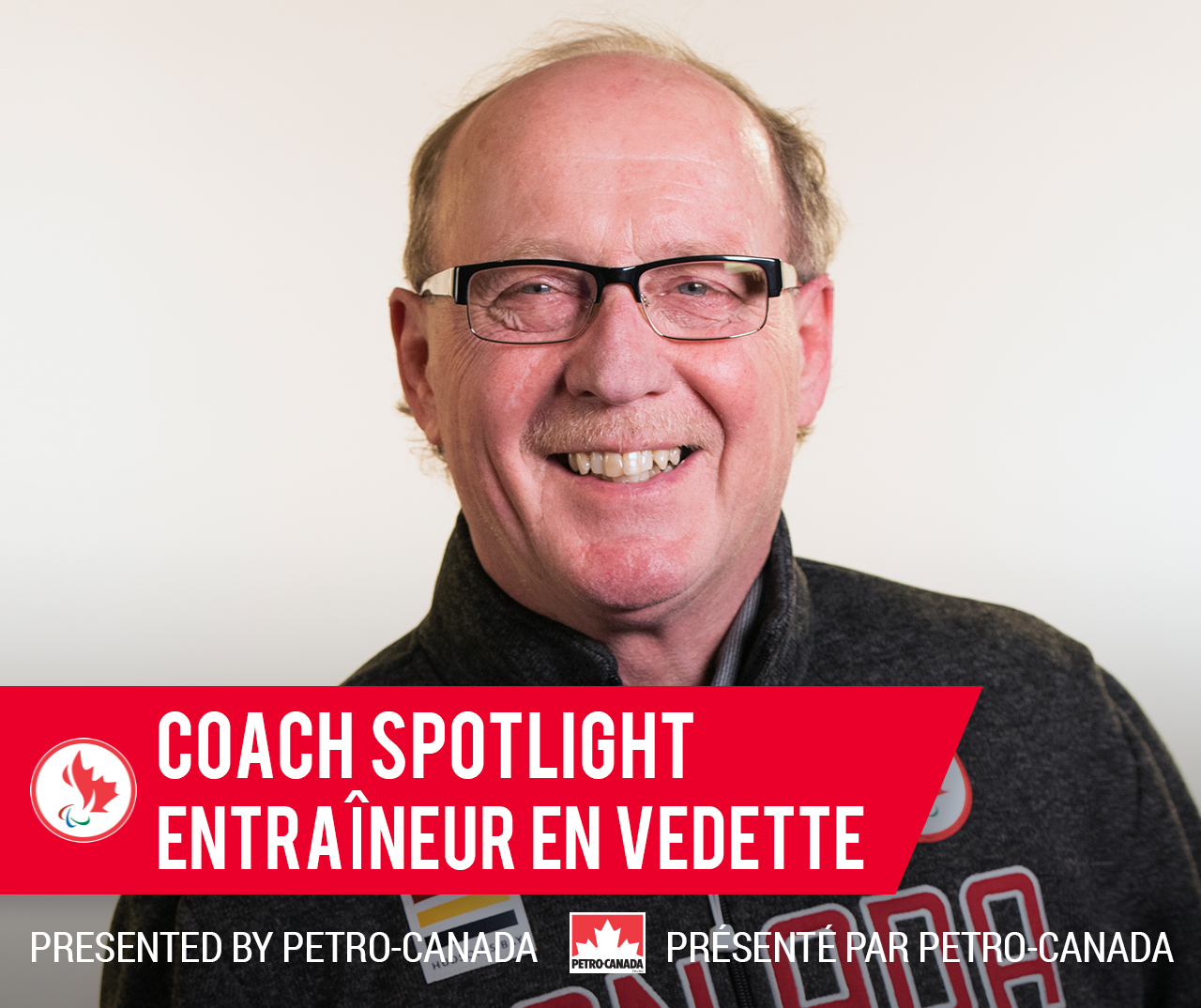 “I didn’t really know much about Para hockey except for watching it on TV during the Paralympics,’’ he said. ‘’So I went out to a Para ice hockey camp and I was quite intrigued. They asked me if I’d be interested to be head coach and I was looking for opportunities after leaving SAIT.”

On those early days with the team, Babey said he witnessed a group with great work ethic and courage. But there was something missing.

‘’My big challenge was to establish a new culture for our team,’’ he said. ‘’That is being a high-performance sport 24/7 and what that entails.’’

It was an approach not embraced by all. In fact, Babey agrees it was a shock to the players.

‘’We had some very good athletes when I first started,’’ he said. ‘’I would say the group in general wasn’t necessarily high performance particularly in terms of training. There was some resistance and some challenges from players.

‘’Those who bought in are still here today and those that didn’t moved on.’’

Canadian forward Dominic Cozzolino says the professionalism today is motivating for all involved.

‘’Coach Ken is awesome,’’ he said. ‘’He is always pushing us to get better and be the best we can be. He has a lot of passion. He’s always talking us up and has really brought a strong culture to our team.’’

In order to understand the game from the players’ perspective, Babey and his assistants hopped into a sled.

‘’You get a really good sense of how accomplished and really skilled these athletes are and how tough the sport really is,’’ he said. ‘’You’re using your arms for everything, so you have to have a strong core. It gives you an understanding of what you can and can’t do in terms of the relationship between hockey in general and Para ice hockey.

‘’Anybody who joins our staff is asked to get that initial experience.’’

While the rules are the same as stand-up hockey there are some noticeable differences at the playing and tactical level. Here are some mentioned by Babey:

-    It’s a puck possession game. Therefore, players tend to create chances with short passes. ‘’You don’t have a long stick so the chances of catching or retrieving those long passes are reduced.’’

-    There’s more scrums like in rugby and more moments when there are four to five sleds jammed together. ‘’Whether it’s in the corner or the front of the net when the puck pops loose you’ve got to handle what will happen next.’’

-    Nowhere to hide: “Contact is amazing. In stand-up you can get up on the boards and use the glass but in sledge if you hit the boards you’re hitting the real boards. On open ice, it’s sled on sled and body on body. You can’t spin off.’’

Babey has relied greatly on former players and current players to help him understand the Para game. He says their knowledge mixed with his expertise has spawned successful strategies to keep opponents on the run.

‘’I needed time to adapt,’’ he admitted. ‘’I relied on a lot of former players like Hervé Lord and Jean Labonté. These guys were part of my initial coaching staff and also consultants. My assistants and I also use my current players as my springboard for ideas. That also helps build that player-coach relationship. We’re working together as opposed to a top-down approach.

‘’I hope some day that our players will eventually consider a coaching opportunity.’’

There’s no doubt, Babey has found a new lease on life as a Para coach.

‘’It’s been the highlight of my coaching career,’’ he said. ‘’It’s been an awesome experience just to be around great athletes and the staff. They motivate me every day and keep me humble.”