Half of Canada’s team competing this week at the 2019 World Para Nordic Skiing Championships in Prince George has benefitted from the guidance of Cross Country Canada’s NextGen head coach Kate Boyd.

The Canadian team has fielded a 13-member team for the worlds, including two guides, and six of the racers were at one time under Boyd’s tutelage or are currently part of the NextGen program.

The NextGen racers in Prince George are Kyle Barber of Lively, Ont., Ethan Hess of Pemberton, B.C., and Jesse Bachinsky of Kenora, Ont.

Those who are now on the national team at worlds but were previously NextGen skiers under Boyd, who is a Registered Coach with the Coaching Association of Canada, are Collin Cameron of Sudbury, Ont., Derek Zaplotinsky of Smokey Lake, Alta., and Natalie Wilkie of Salmon Arm, B.C.

Both Cameron and Wilkie were triple medallists at last year’s Paralympic Winter Games in PyeongChang. Wilkie won a medal of each colour and Cameron took home three bronze.

‘’It’s been an incredible experience to work these athletes,” said the Ottawa-born Boyd who moved west when she took the position three years ago. “Their commitment and passion for the sport is amazing. This is true high-performance sport.

“They are fully invested.”

Boyd, a former racer herself at the university level and able-bodied coach, said the rise to success of her pupils is having a ripple effect.

‘’It’s fun to go to dryland camps and have athletes from provinces and clubs looking up to athletes like Natalie Wilkie,’’ said Boyd. ‘’It’s inspiring to them that an athlete at 17 years old can win a Paralympic medal. The media coverage we had at the Games was incredible as well. It created a broader outreach to be able to see the Games live.

‘’It’s one to thing to read about it, but when you see it in action, you know you can do it.’’ 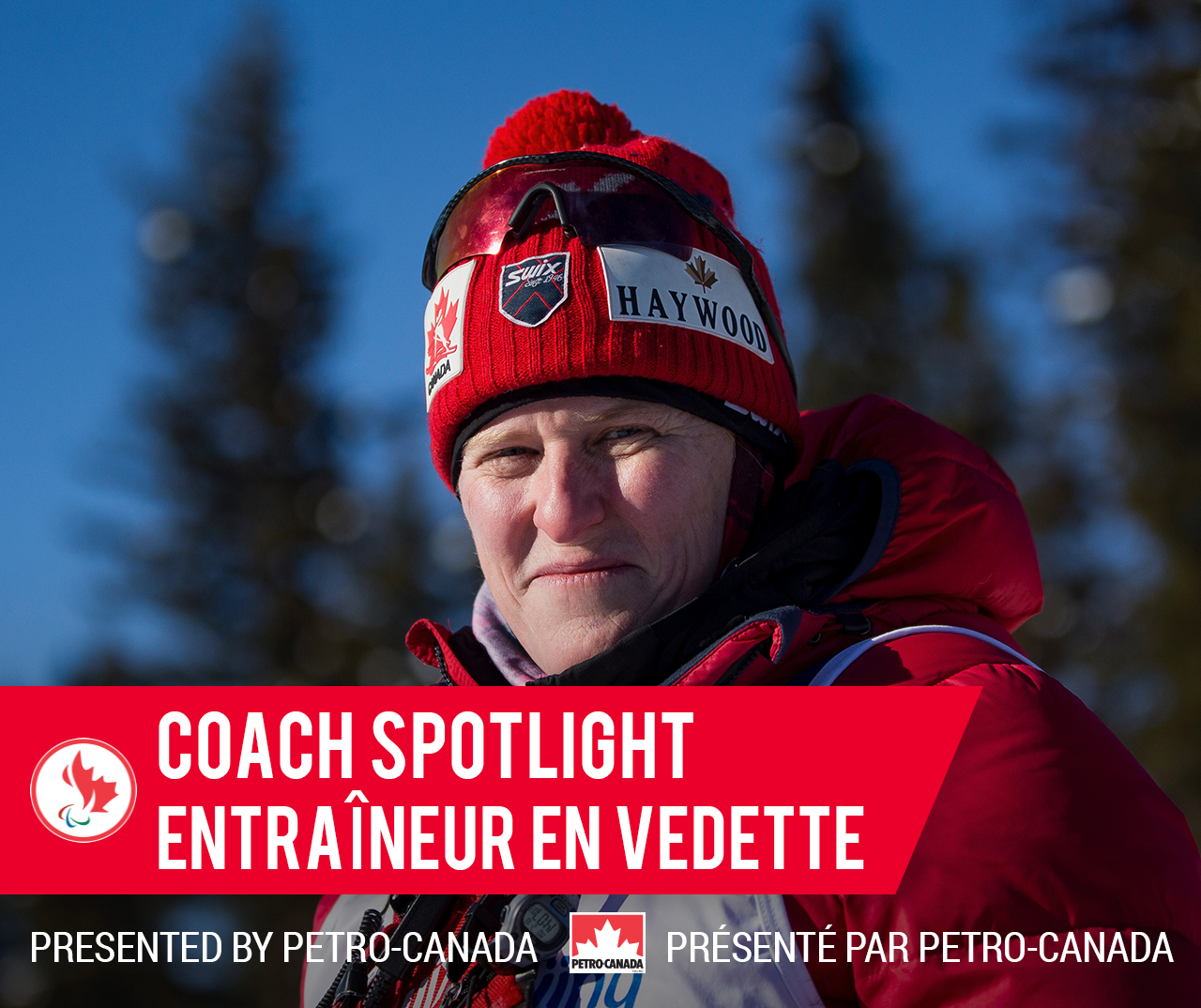 Boyd has helped coach Wilkie ever since the rising star joined the Para nordic community, and the 18-year-old says she has made a significant impact.

“She’s almost been sort of like a mother to me,” Wilkie said. “Every time I get stressed or nervous around camps or races, she’s always been there helping me get through it, calming me down, helping me write race plans.”

“She’s been here every step of the way.”

Para nordic skiing, which encompasses both cross-country skiing and biathlon, is a gruelling sport both in practice and in competition. Boyd says it’s important to provide beginners with a positive experience.

As a coach, you need to learn about your athlete, and in Para sport, no two athletes are alike. She has coached visually impaired skiers, others that compete with one or no poles, and of course sit skiers.

‘’That’s what’s interesting about it,’’ said Boyd. ‘’You work from a blank slate and it’s ‘let’s see what you can do’. Some have a strong sport background, others none. There’s a lot of work at the beginning on body awareness, balance on skis and, for sit skiers, finding the right sled.”

Based on her reputation, Para nordic skiers are surely confident they are on the path to success with Coach Boyd.