Coach Spotlight: Ban plays on as trailblazer in women’s coaching

June 24, 2019
As a national coach, her influence as a female sport leader expands beyond borders

OTTAWA – When Canada’s national women’s sitting volleyball team recently competed at a tournament in Japan, Nicole Ban was one of only two female head coaches in the tournament. In fact, Canada was the only country to have an all-female staff.

For 32-year-old Ban, that speaks to how advanced Canada is in terms of developing women coaches compared to other countries.

‘’The passion that I had as an athlete has carried over into coaching,’’ said Ban, a few days after returning from Chiba, Japan where Canada placed third. ‘’I knew that what I felt as an athlete was something I wanted to continue to be part of. Sport is bigger than the game and being part of a team is what drew me back.’’

Ban played for Edmonton’s MacEwan University women's volleyball team from 2005-2007 then for Brandon University where she earned a degree in physical education followed by a Masters in coaching at the University of Alberta.

‘’Getting my Masters has proved to be very valuable,’’ said Ban, who worked with legendary U of A Pandas women’s volleyball head coach Laurie Eisler during her Masters studies. ‘’Just the education behind it was amazing. Most things that I do now come from a background of research, but I can also tie in what I learned as an athlete so there is a good balance.’’

As a national team coach, Ban knows her influence as a female sport leader expands beyond borders.

‘’When we go to an event like in Japan and I’m almost the only female coach it gets noticed,” she said. ‘’It’s really drawn me to be a role model for athletes and young females to show them they can do anything, able-bodied or not, and have success throughout their whole life.’’ 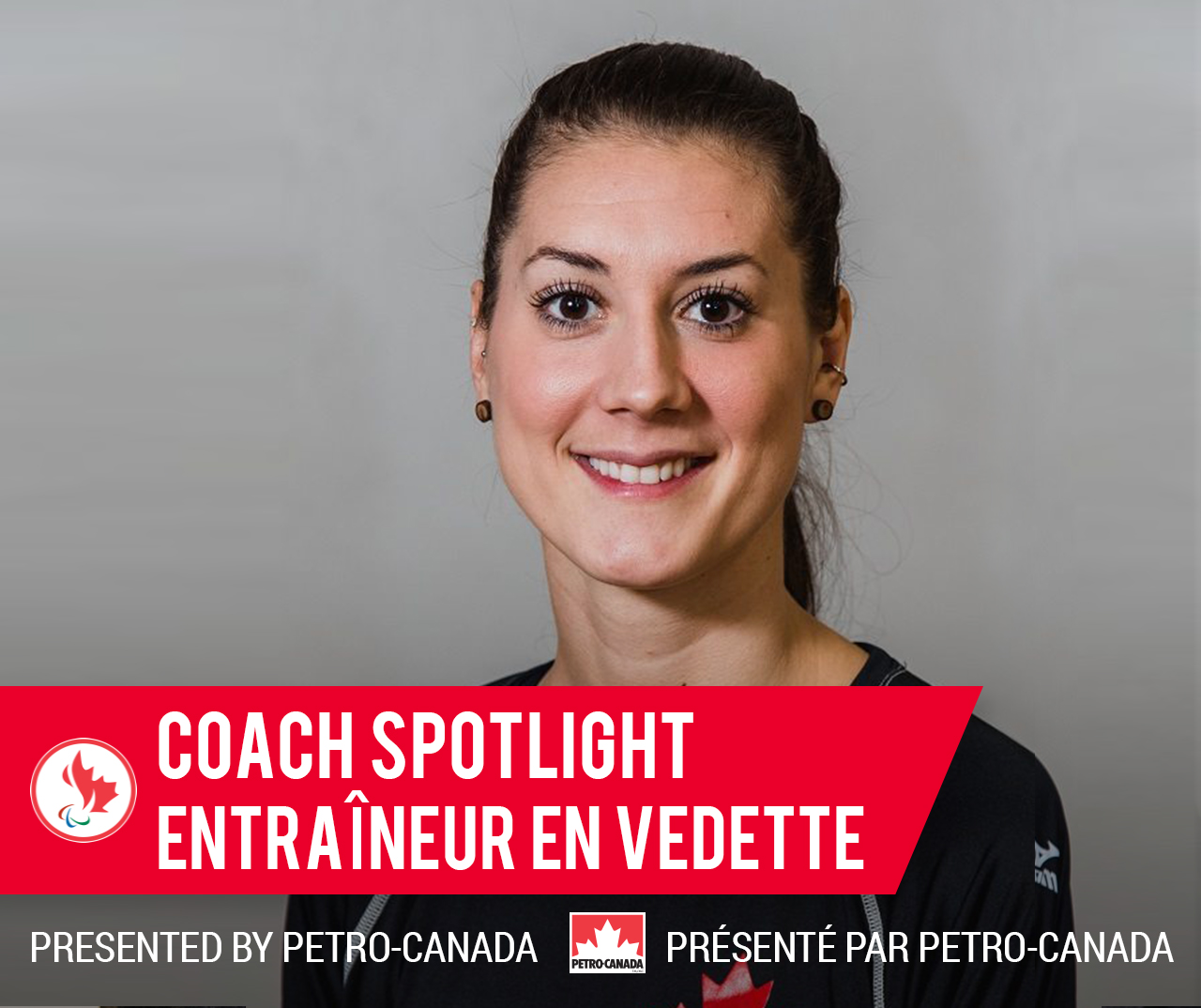 She played pro ball in Norway however injuries forced her to retire. She soon discovered a new passion to share her knowledge and experiences as a coach. She gained coaching exposure as an assistant with provincial and college teams before the national sitting program came knocking.

‘’I wouldn’t say I knew much about sitting volleyball before joining the national team staff as an assistant in 2014,’’ said Ban. ‘’I had seen it and played it a couple of times when I was in Norway.’’

It was Ian Halliday, Volleyball Canada’s sitting volleyball director at the time, who approached Ban about getting involved in coaching.

‘’It was an opportunity at first, but once I was involved, I got to see how amazing the sport was. It has led me to something I want to be doing.’’

Ban made a successful debut at the helm of the women’s national sitting volleyball team in 2015 as Canada won the bronze medal at the Toronto 2015 Parapan American Games to qualify for the 2016 Paralympics Games.

‘’It was my first major head coaching position,’’ she said. ‘’I had a lot of support and Ian and I worked together through those Games. It was exciting to be part of the team, program and the Paralympic Movement.’’

Under Ban, the Canadian team’s trademark is to support and help each other. The squad is an interesting mix of former standing players who returned to the sport after injuries and others who are newer to the sport.

‘’There’s a range of experience on our team,’’ she said.  “We have an open learning environment, and everyone is supportive of each other. Our athletes that know more, share more. Our athletes are willing to learn. We’ve really embraced this approach and it is part of our identity.’’

Sitting volleyball requires a lot of technical mastering for the players.

‘’Every single part of the game is hard,’’ Ban said. ‘’Volleyball is a game of errors, and a lot of times you’re exposing other teams. We focus a lot on movement and the pace of the game. Some of our athletes are newer to volleyball so we are really teaching high sequencing and how to react as the fast play unfolds.’’

Former standing players do have an advantage, Ban says.

‘’The stand-up players know the sequence and pattern already,’’ she said. ‘’The hardest part for them is that it’s still a really fast game and they have to maintain their mind-thought. They are not wearing their prosthetic and moving with their hands. The position is uncomfortable. That’s why yoga and stretching are a big part of our preparations.”

With a solid core returning for 2020, Ban is hopeful the team can improve even more in Tokyo and continue to show the world that sport is for all.