June 09, 2021
Paralympic champion one of Canada’s best ever in wheelchair basketball

Richard Peter, a member of the Cowichan Tribes, is one of Canada’s most accomplished wheelchair basketball players in history. A key member of the country’s dominant squad that won three Paralympic gold medals between 2000 and 2012, Peter’s influence has extended far beyond the court.

In honour of National Indigenous History Month, we are celebrating the many contributions of Peter to Paralympic sport in Canada. Here are some facts to get to know the wheelchair basketball dynamo:

•    From Duncan, B.C. on Vancouver Island, he first picked up wheelchair basketball at the age of 15. He was introduced to the sport when a demonstration team visited his high school, and he started playing – and showing his talent – right away.

•    He was a member of the national team for almost 20 years, debuting in 1994 and retiring following the London 2012 Paralympic Games.

•    Known as a great teammate and leader not just in Canada but internationally, Peter is more commonly referred to by his fellow athletes as his nickname ‘Bear’.

•    He has received many accolades throughout his storied career. He is a two-time Tom Longboat Award winner as the nation’s top Indigenous male athlete and received a National Aboriginal Achievement Award in 2012. He is Queen’s Diamond Jubilee medal recipient and was inducted into the BC Sports Hall of Fame in 2010.

•    Peter’s Para sport prowess is not limited to wheelchair basketball. He started playing Para badminton in 2017 and represented Canada at the Lima 2019 Parapan Am Games in the sport. Para badminton was making its debut at the Games, and Peter captured a bronze medal with partner Bernard Lapointe in men’s doubles. He said one of his top memories from Lima was having the entire men’s wheelchair basketball team cheer him on at one of his matches. He has also competed at Canada’s national wheelchair tennis championships.

•    He is known as a generous and energetic ambassador for Para sport in Canada, and has actively encouraged other people to get involved in Para sport, including Indigenous people with a disability. He is an ambassador for BC Wheelchair Sports Association’s Indigenous Bridging the Gap program. He has also volunteered his time for many Para sport causes, including at the Paralympic Foundation of Canada’s two ParaTough Cup events in Vancouver in 2018 and 2019. He also recently was part of a group of Para athletes who helped map the accessibility of trails across Canada, in partnership with CPC, Trans Canada Trail, and AccessNow. Peter helped map Stanley Park in Vancouver, with a goal of making trails more accessible to all.

•    Peter himself has been a wheelchair user since the age of four, when a school bus backed up and over him, resulting in a spinal cord injury.

•    He isn’t the only three-time Paralympic champion in his household. He and wife Marni Abbott-Peter comprise one powerhouse wheelchair basketball duo. Abbott-Peter is also a legend in the sport, earning gold with the Canadian women’s team at the 1992, 1996, and 2000 Paralympic Games. 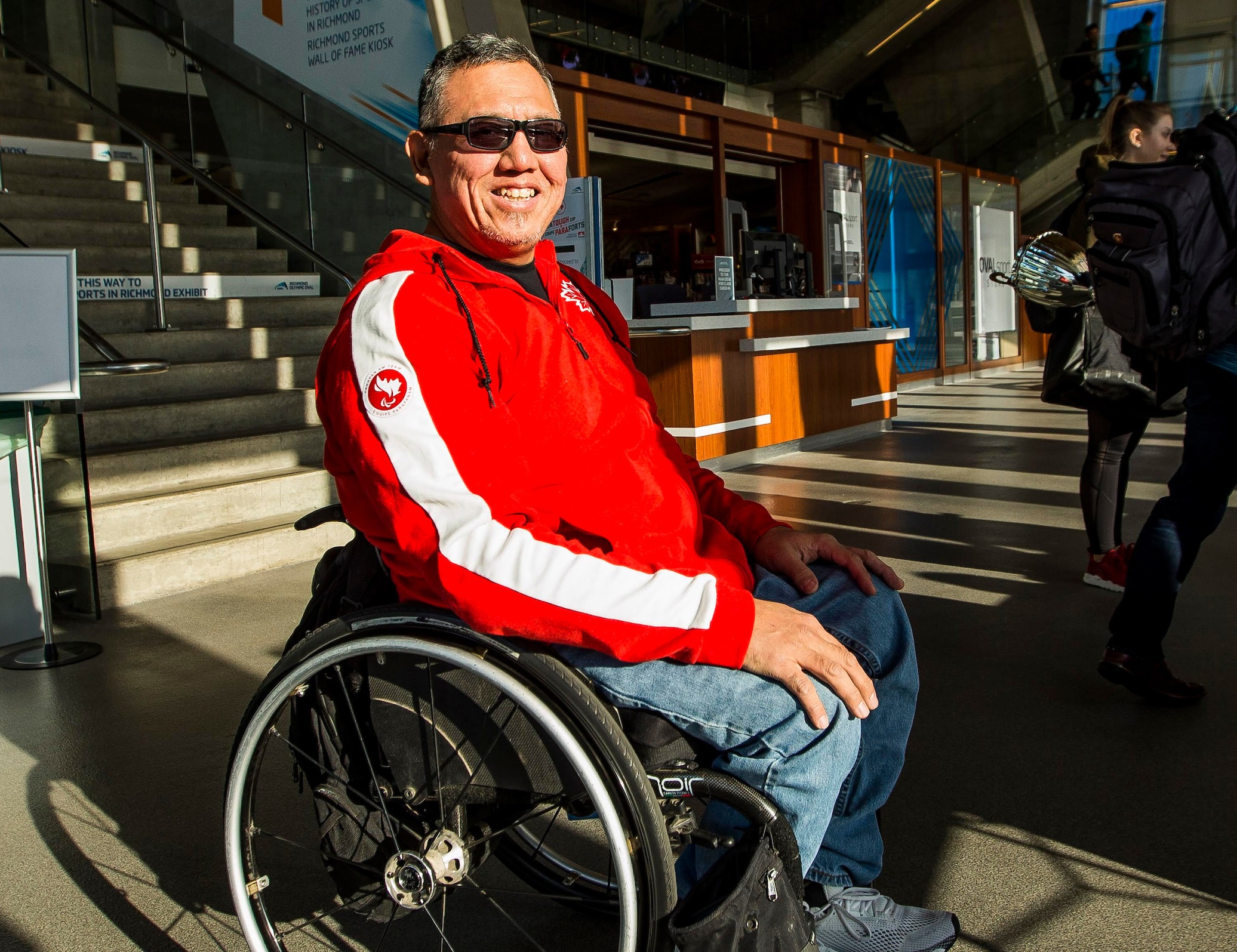