March 08, 2019
These are the seven Canadian women who have reached double-digit medal totals in their Paralympic career

Canada has been represented by so many talented women at the Paralympic Games over the years, athletes who have put forth personal bests, world records, and podium performances.

In honour of International Women’s Day, today we are looking at a few record-breaking athletes, role models, and powerhouses who truly hit the pinnacle of their sports. Here are the seven Canadian women who have reached double-digit medal totals in their Paralympic career:

One of the nation’s highest-profile Paralympians ever, Chantal Petitclerc handily sits atop the leaderboard for most overall and most gold medals by a Canadian female athlete. Through five Paralympic Games, she claimed 14 gold, five silver, and two bronze medals in wheelchair racing. She received the prestigious Lou Marsh Award in 2008 as Canada’s best athlete of the year, only the third athlete with a disability after Terry Fox and Rick Hansen to receive the honour.

She was chef de mission for the Canadian Paralympic Team in Rio 2016, and today remains an important figure for her country. Now 49, Petitclerc was appointed to the Senate of Canada in March 2016 where she serves the Canadian Parliament. 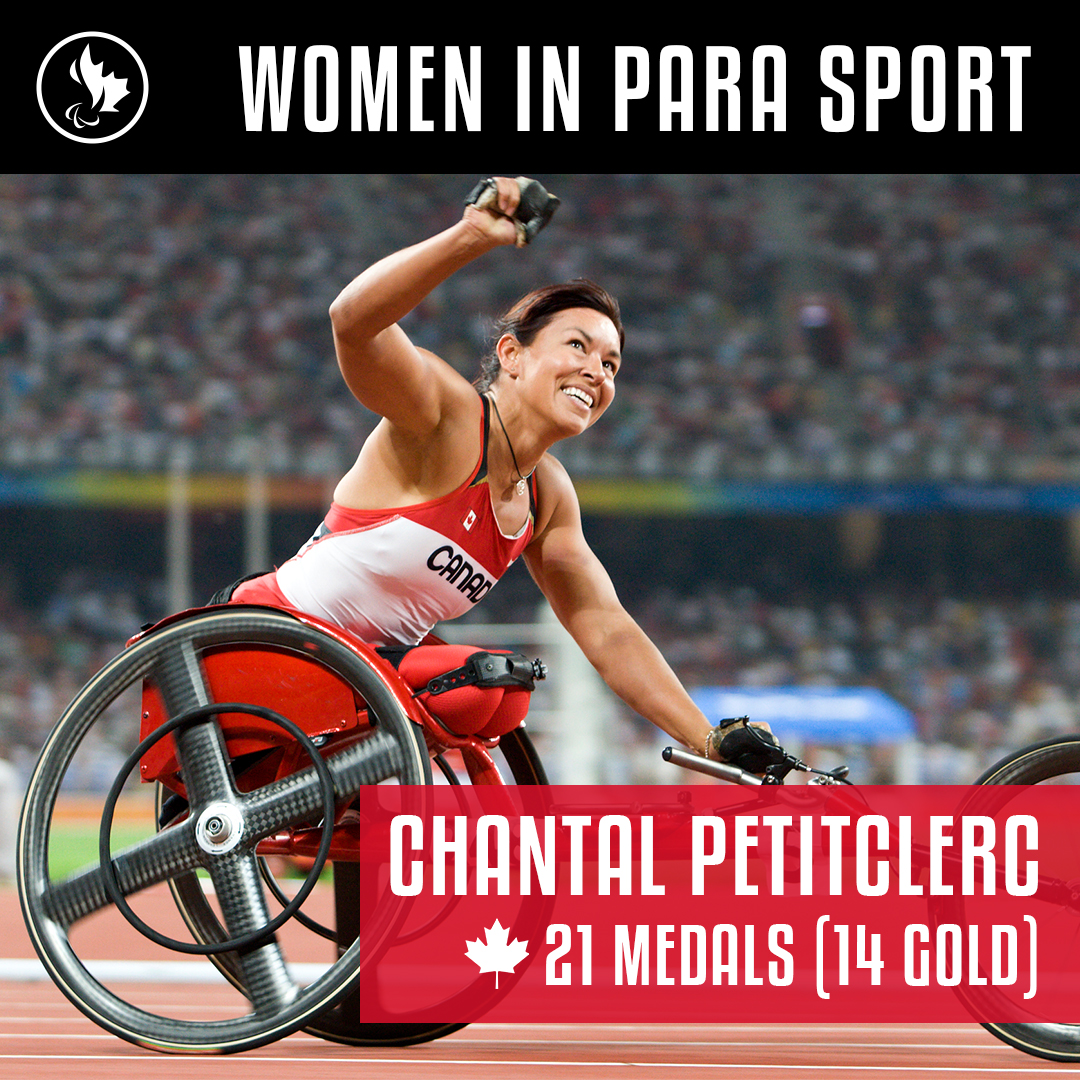 Stephanie Dixon racked up a remarkable 19 medals in the pool throughout her career – seven gold, 10 silver, and two bronze from three Paralympic Games. At her very first Games at Sydney 2000, Dixon was just 16 years old but she swam like a seasoned veteran, taking home five gold medals.

Since retiring, 35-year-old Dixon has remained close to sport. She has worked as a coach in her adopted home of Whitehorse, Yukon and was the assistant chef de mission for the Toronto 2015 Parapan Am Games. She has also been part of the Canadian broadcast team for two Paralympic Games, including most recently as a studio host for CBC’s PyeongChang 2018 coverage. 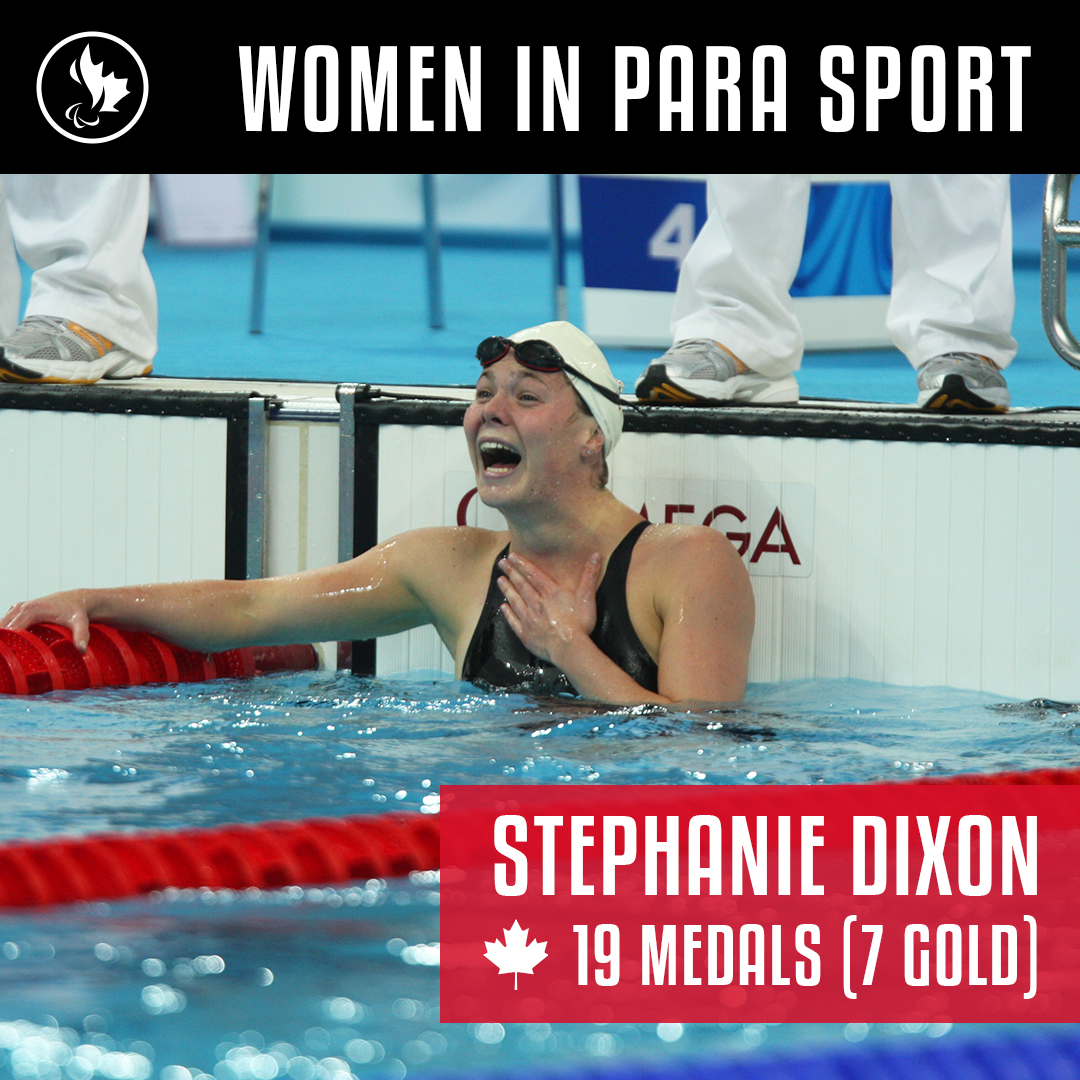 Para swimmer Kirby Cote won seven gold and six silver medals throughout her Paralympic career, which spanned from 2000 to 2008 and included three Games. One of the most decorated swimmers in Canadian history, she came home from the 2004 Athens competition with five gold and two silver medals. Announcing her retirement shortly thereafter, she ultimately returned to the sport for one more Games and captured two more silver medals in Beijing to add to her legacy. Now 34, she was inducted into the Manitoba Sports Hall of Fame in 2018. 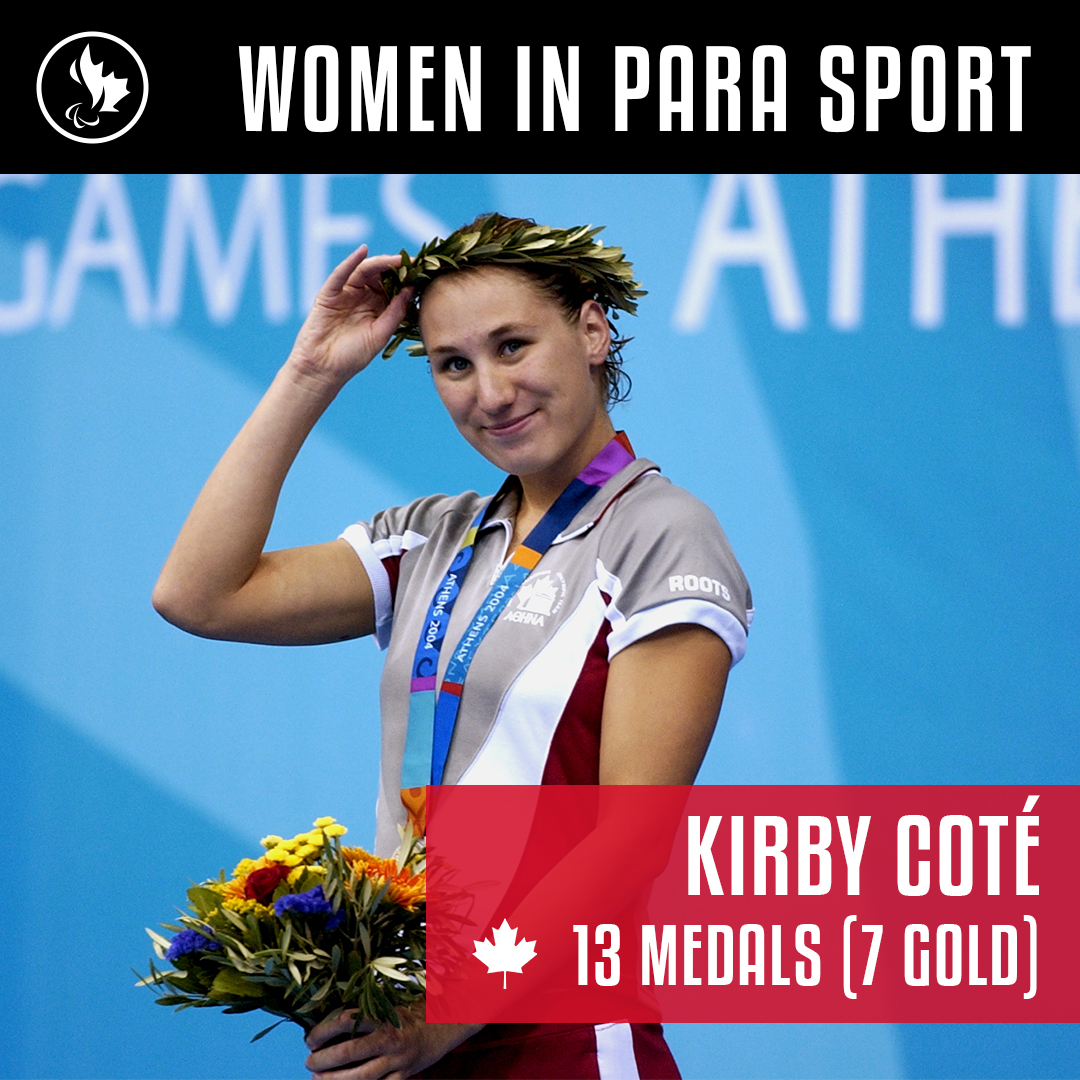 For over 25 years, the late Lana Spreeman held the title of most medals won by a Canadian at a Paralympic Winter Games. Spreeman, who competed at five Paralympic Games between 1980 and 1994, won one gold, six silver, and six bronze medals in Para alpine skiing for a hardware total of 13. She passed away in 2016 at the age of 61 from cancer, just missing out on Brian McKeever taking over the mantle as most decorated Canadian Winter Paralympian in PyeongChang last year. 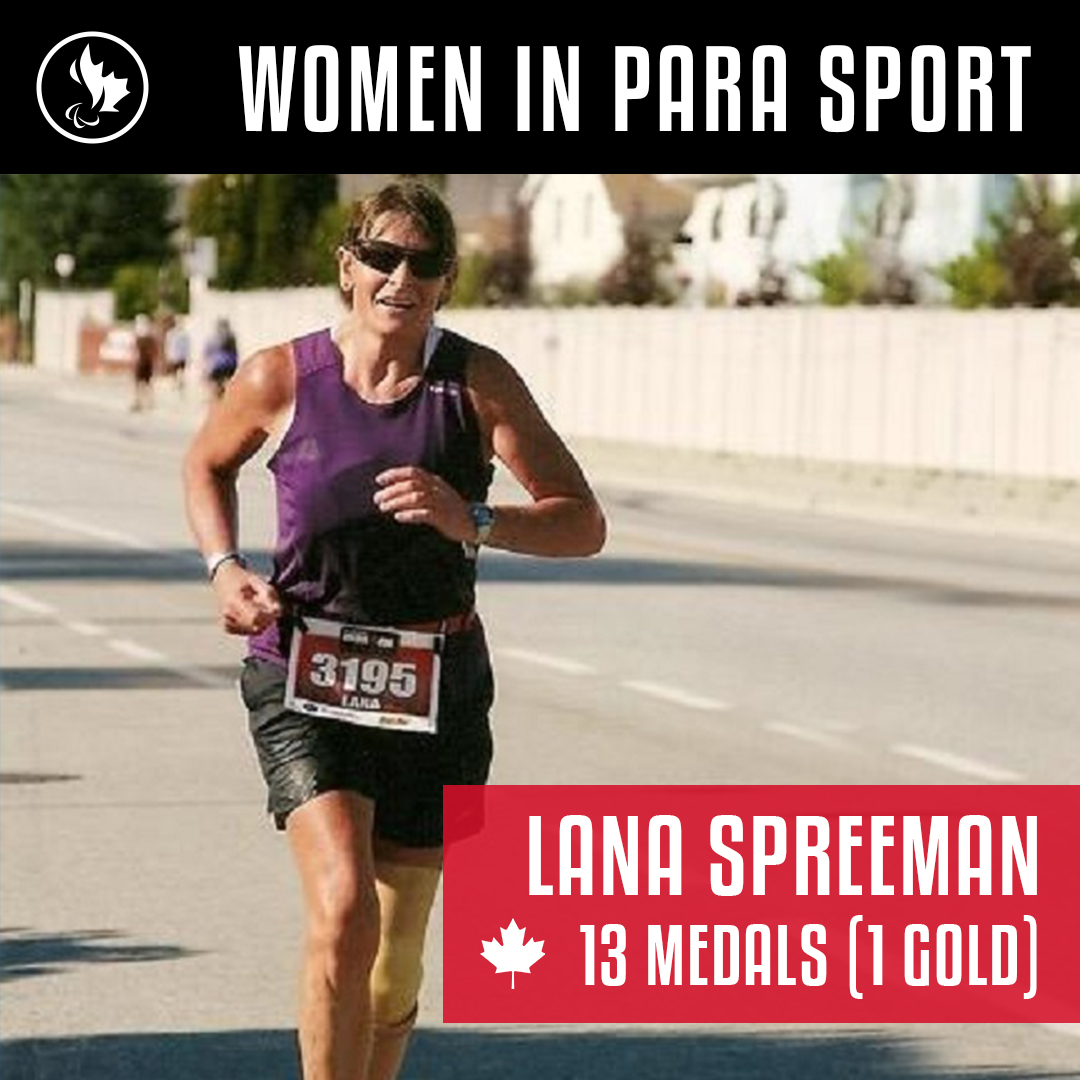 Discovering Para swimming at age 13, Chelsey Gotell soon thereafter competed at her first of three Games at Sydney 2000. Ultimately the winner of three gold, two silver, and seven bronze medals, she holds an impressive tally of Paralympic performances. But she was not only a force in the pool, as she is now one of the foremost athlete leaders and voices in the Paralympic world – she is chair of the International Paralympic Committee Athletes’ Council and recently concluded her term as chair of the Canadian version. The 33-year-old is currently expecting her first child. 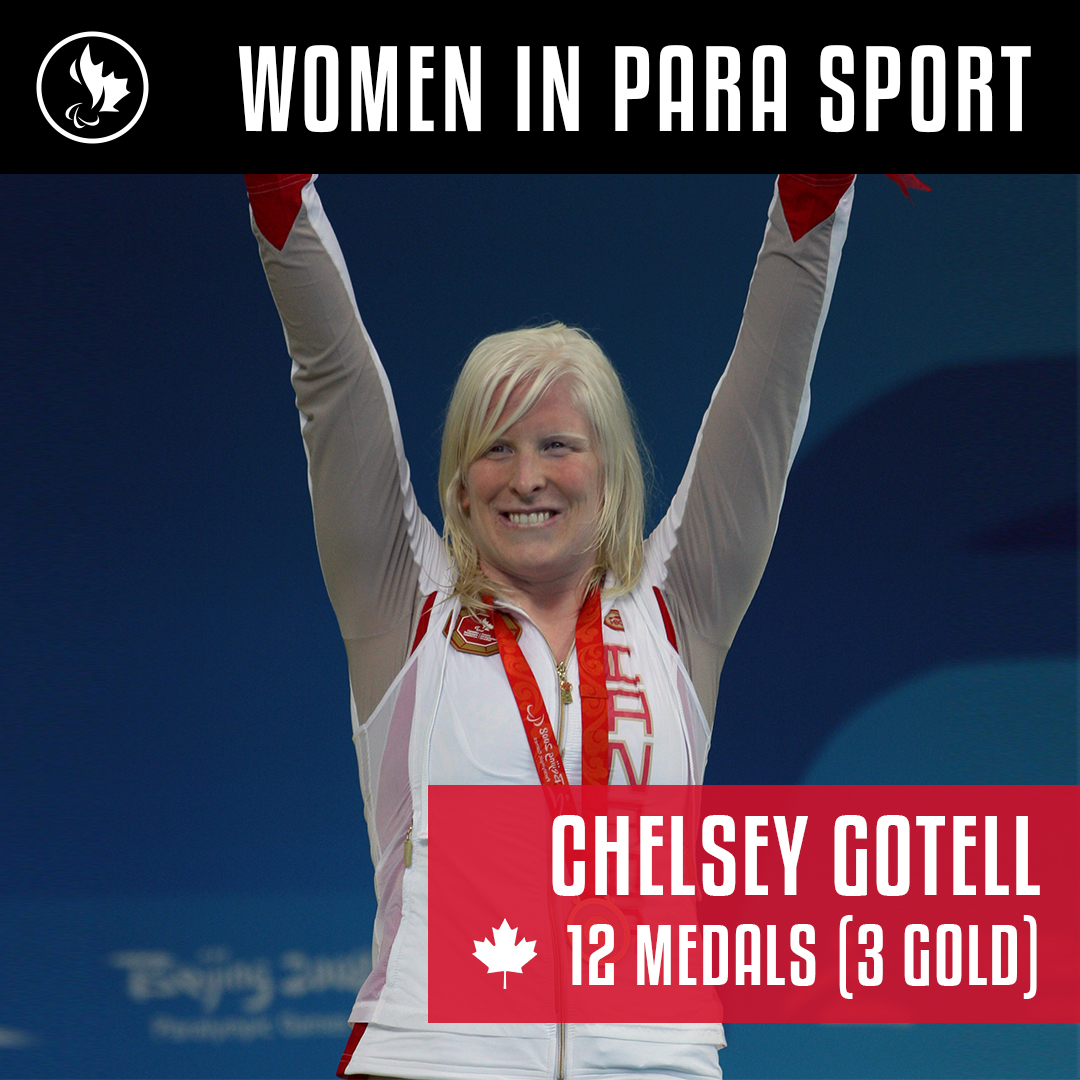 Queen of the slopes, Lauren Woolstencroft became the first Canadian Winter Paralympian to win five gold medals at a single Games. And she did it on home soil, no less, giving Canadians something to cheer for at the Vancouver 2010 Paralympic Winter Games. Sweeping all five disciplines in the women’s standing category, she earned the role of Closing Ceremony flag bearer. Combined with three gold, one silver, and one bronze won at the 2002 and 2006 Games, Woolstencroft holds 10 Paralympic medals.

At age 37, she hasn’t left the sporting world in retirement – last year she was a member of the broadcast team at the PyeongChang 2018 Paralympic Winter Games and her story was featured in a superb Toyota ad, which aired during the Super Bowl. 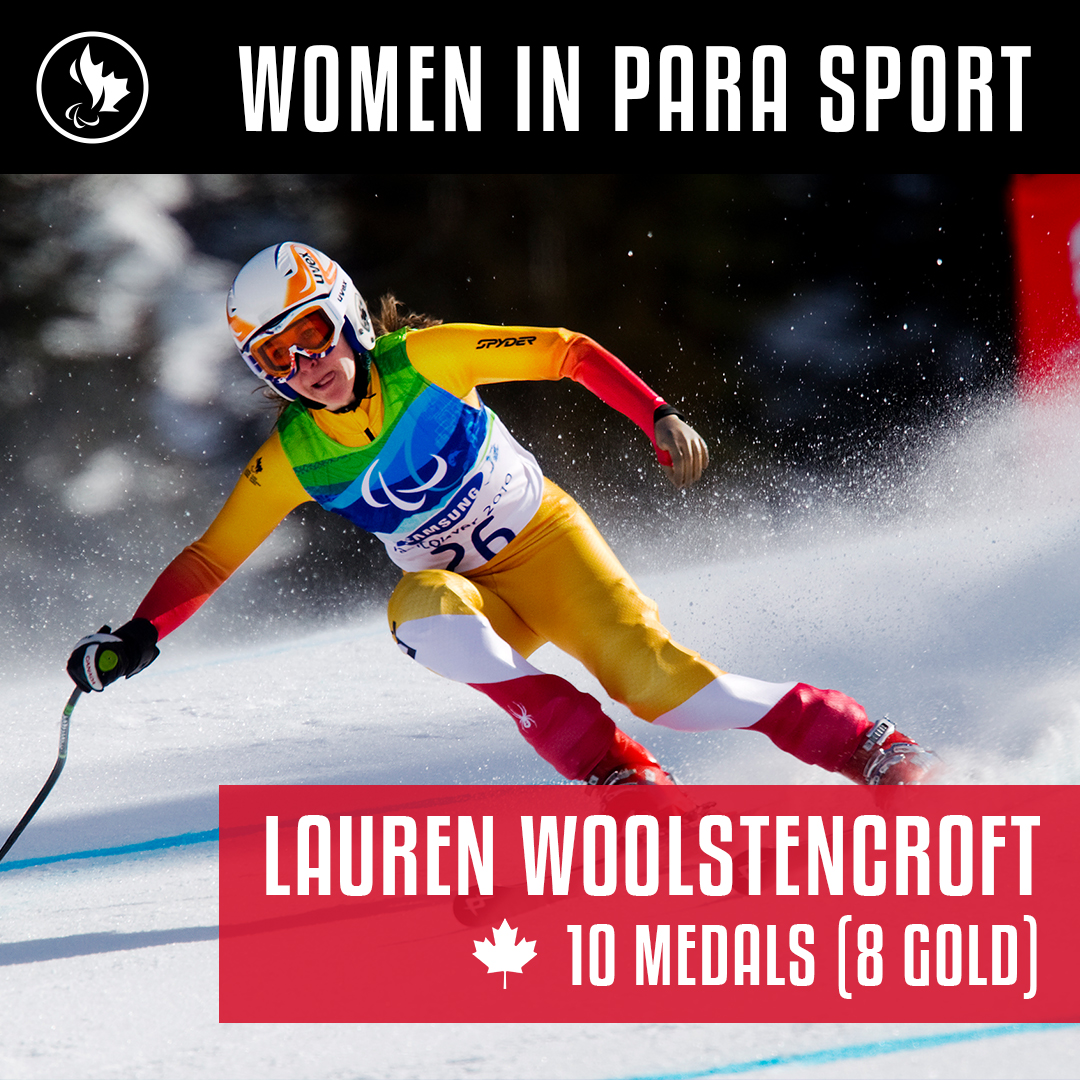 Joanne Bouw (whose married name is Berdan) was one of the finest Canadian Para athletes in the late 1980s. Claiming eight gold and two bronze medals throughout her storied career – which included appearances at the 1984, 1988, and 1992 Games – she was dominant in the throwing events, earning podium finishes and world records across shot put, discus, and javelin. In both 1988 and 1992, she swept all three events in her classification. Now 55 years old, she is a member of the Canadian Paralympic Hall of Fame. 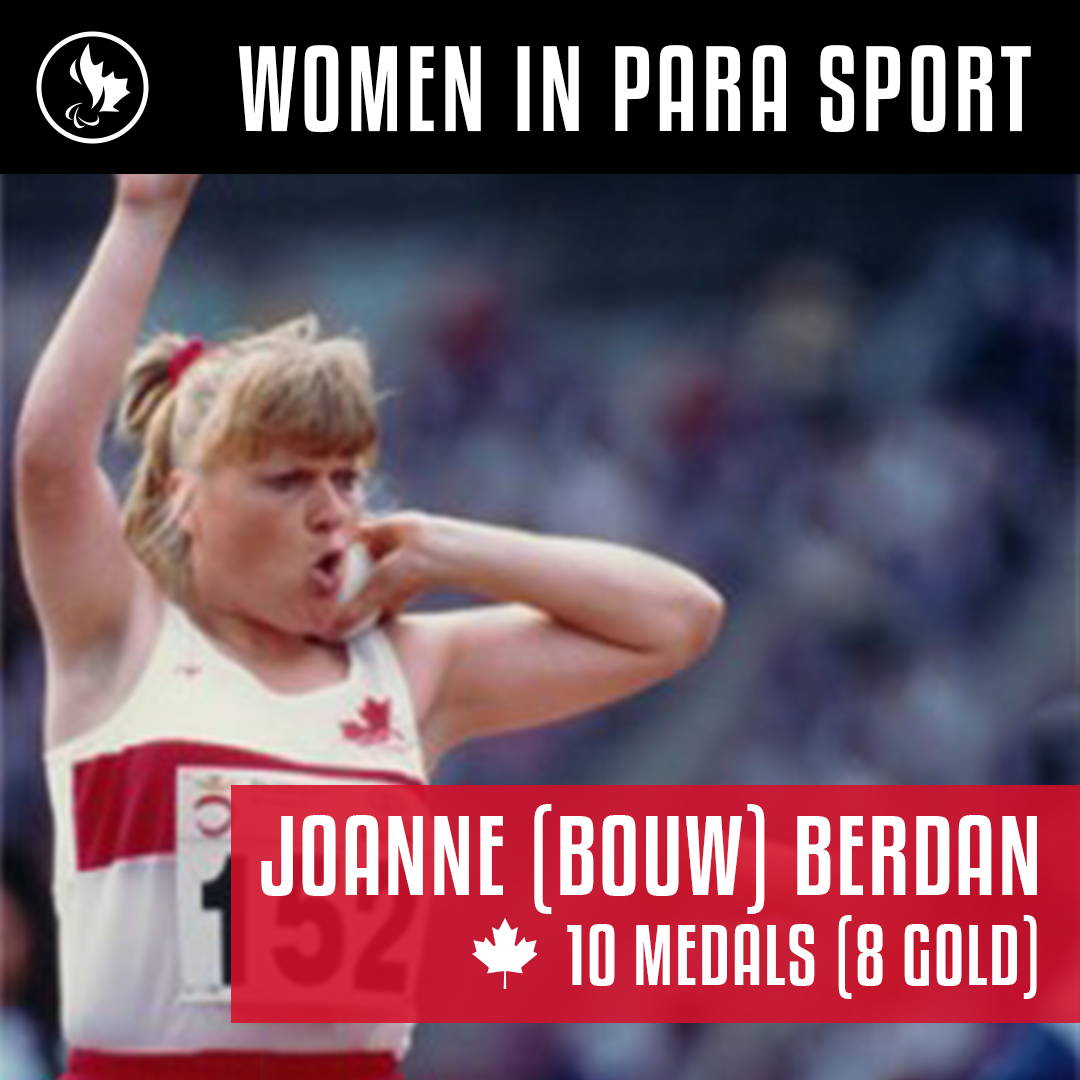