The 30-year-old Cameron, who racked up a trio of medals at the Paralympic Games one year ago in PyeongChang, battled through the soft snow falling over the 2.5-kilometre loop to post a career-best second-place time of 44:45.5 in front of the Canadian crowd.

“This feels incredible. It is totally unexpected. I put a plan together and just tried to focus on the range this morning, ski my race as well as I can and see what happens,” said Cameron.

Cameron made up considerable time in his five laps up and down the rolling terrain which winds through the Prince George pines at the Caledonia Nordic Ski Club after missing one shot in three of his four trips to the shooting range.

Athletes are forced to ski a 100-metre penalty loop for each missed shot.

“I tried to be consistent in shooting, but I definitely made up a lot of time on the skis,” added the former Para ice hockey player.

“I had really good skis today. I tried to lay it down out there.”

Breaking through with two biathlon bronze medals at the 2018 Games, Cameron skied to his first IPC World Cup biathlon podium earlier this year with a bronze in the pursuit race in Vuokatti, Finland. Cameron also has three cross-country ski podiums in his three-year career, including one victory.

“I think my coach Joel Jaques has been the key to me having success in biathlon. He is an excellent coach. I just try to be patient and control a good rhythm,” said Cameron. “The conditions were excellent today. I’m super stoked to come here and do my best in front of the home crowd.”

Derek Zaplotinsky, of Smokey Lake, Alta., was the only other Canadian in the sit-skiing classification. Zaplotinsky finished in ninth spot at 50:22.7 (2+1+1+0).

One miss in his third stop at the range cost the 28-year-old Arendz a shot at the top of the podium, but he held on for third place.

“It felt pretty good overall. The legs were feeling really heavy toward the end and I lost a little focus on that third bout with that miss. It was close, but it didn’t go my way. I just tried to finish the race off as best as I could,” said Arendz, whose six-medal triumph in PyeongChang was the most medals ever won by a Winter Paralympian in one Games.

“We learned a lot from PyeongChang and there is a lot of momentum on our team. We are bringing that here to Prince George and hopefully will be able to showcase it throughout the world championships.” 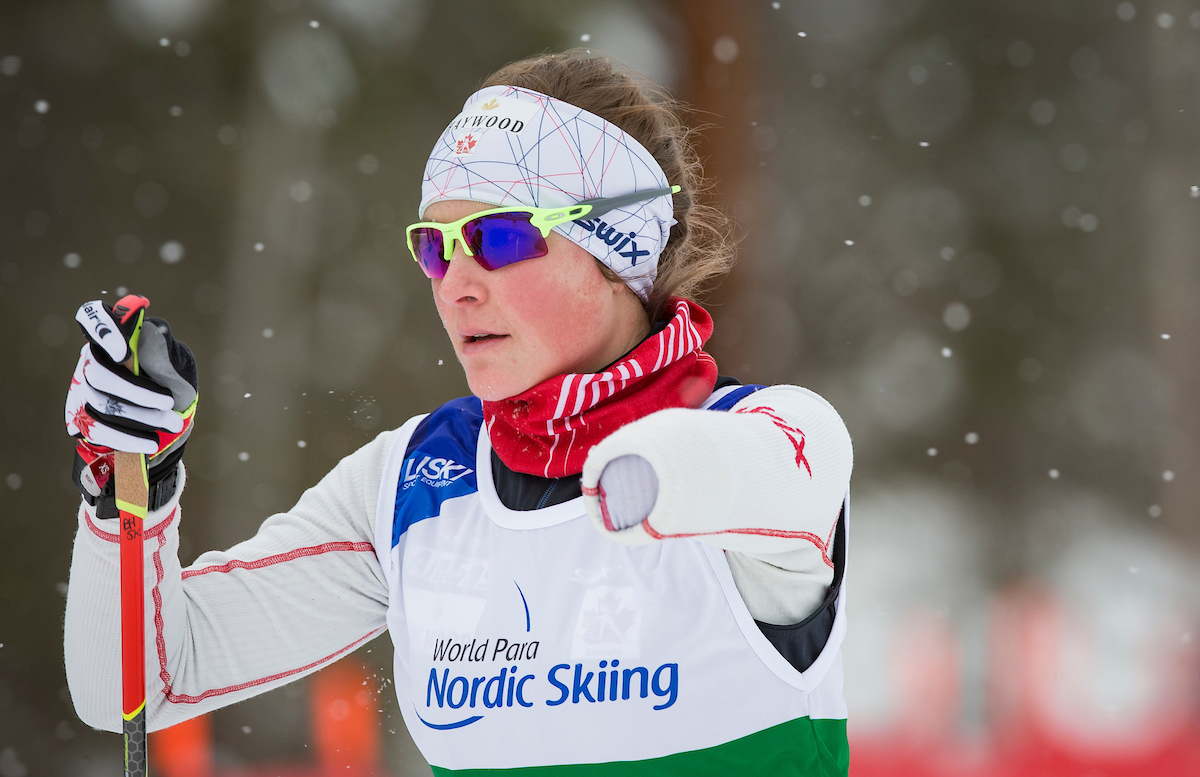 The 25-year-old Hudak was leading the deep international field in the first three of four laps, but a miss in her final round of shooting cost her a spot on the podium.

“I felt really good early in the race. The skis were going really well. Kudos to our wax techs because they did a great job,” said Hudak.

“As the body got more tired, those last three hills felt a lot bigger. I tried to keep it together but missing one on the last round was detrimental for me. Overall, I felt good for the first race. This is the world championships and the first one is always the most nerve wracking.”

Young, of North Vancouver, was battling from behind after missing two shots in her first stop at the range. Young finished with a time of 41:07.8.