OTTAWA – The 24 wheelchair basketball players who will compete for gold for Canada at the Lima 2019 Parapan American Games next month have been selected, as Wheelchair Basketball Canada and the Canadian Paralympic Committee announced the men’s and women’s teams on Thursday.

“Congratulations to all 24 supremely well-deserving individuals who have been selected to play for Canada in Lima!” said Stephanie Dixon, chef de mission of the Lima 2019 Canadian Parapan Am Team. “I know how important these Games are for our wheelchair basketball teams and the entire Canadian Parapan Am Team will be behind you. We know you are ready for the challenge, and I am so excited to support you and cheer you on.”

The Canadian men, silver medallists at the Toronto 2015 Parapan Am Games, finished 12th overall at the world championships last year. They are the third-highest ranked team from the Americas, behind USA and Argentina.

The squad will be led in Lima by veteran co-captains Bo Hedges and David Eng, as well as Patrick Anderson who is arguably the best wheelchair basketball player ever. Eight players on the team are Paralympians, with five (Anderson, Eng, Hedges, Jassman, Miller) owning Paralympic medals. Three athletes (Higgins, Melymick, Mutware) will be making their multi-sport Games debut, with one (Mutware) also making his international debut for Canada.

“Wheelchair basketball is a great spectator sport that is experiencing rapid growth and gaining popularity here in Canada and around the world,” said Eng. “This makes it that much harder for teams to qualify for Tokyo 2020, and with limited qualification spots on the line, the matchups in Lima are going to be intense and fierce. As athletes, as competitors, and as a team fortunate to represent our great country, we are hungry for the opportunity to perform in that kind of environment and earn our place on top of the podium.”

The Canadian women finished fifth at the world championships last year, where they were the top nation from the Americas. At the Rio 2016 Paralympic Games, Canada was also fifth overall, but second in the Americas behind the USA who won gold.

“Competing for and representing your country in a sport you love is a dream shared by many athletes, but few get to do it at a high level,” said Ouellet. “That is why it really is a privilege and an honour for us to put on the Canadian jersey and to showcase wheelchair basketball. On the women’s team, we are 12 athletes that have worked extremely hard to make our country proud, and we look forward to exposing more Canadians to the game which is physical, fast-paced, and fun to watch.”

In both men’s and women’s action in Lima, Canada will compete in Group A for the preliminary round alongside Mexico, Argentina, and Colombia. The top four finishers in the women’s event will move onto the semifinals, while the men’s tournament will see all eight nations re-seeded for the quarter-finals.

“Lima 2019 is a critical competition and good test for us on the road to Tokyo 2020,” said Jeff Dunbrack, high performance director, Wheelchair Basketball Canada. “Both teams have really been developing and growing over the last year, and I’m excited to see all the hard work that the athletes, coaches, and staff are putting in each and every day pay off with strong performances. With an increased emphasis on performance preparations and laser sharp focus on qualifying, we will be ready to compete and earn our spot at the Paralympic Games.” 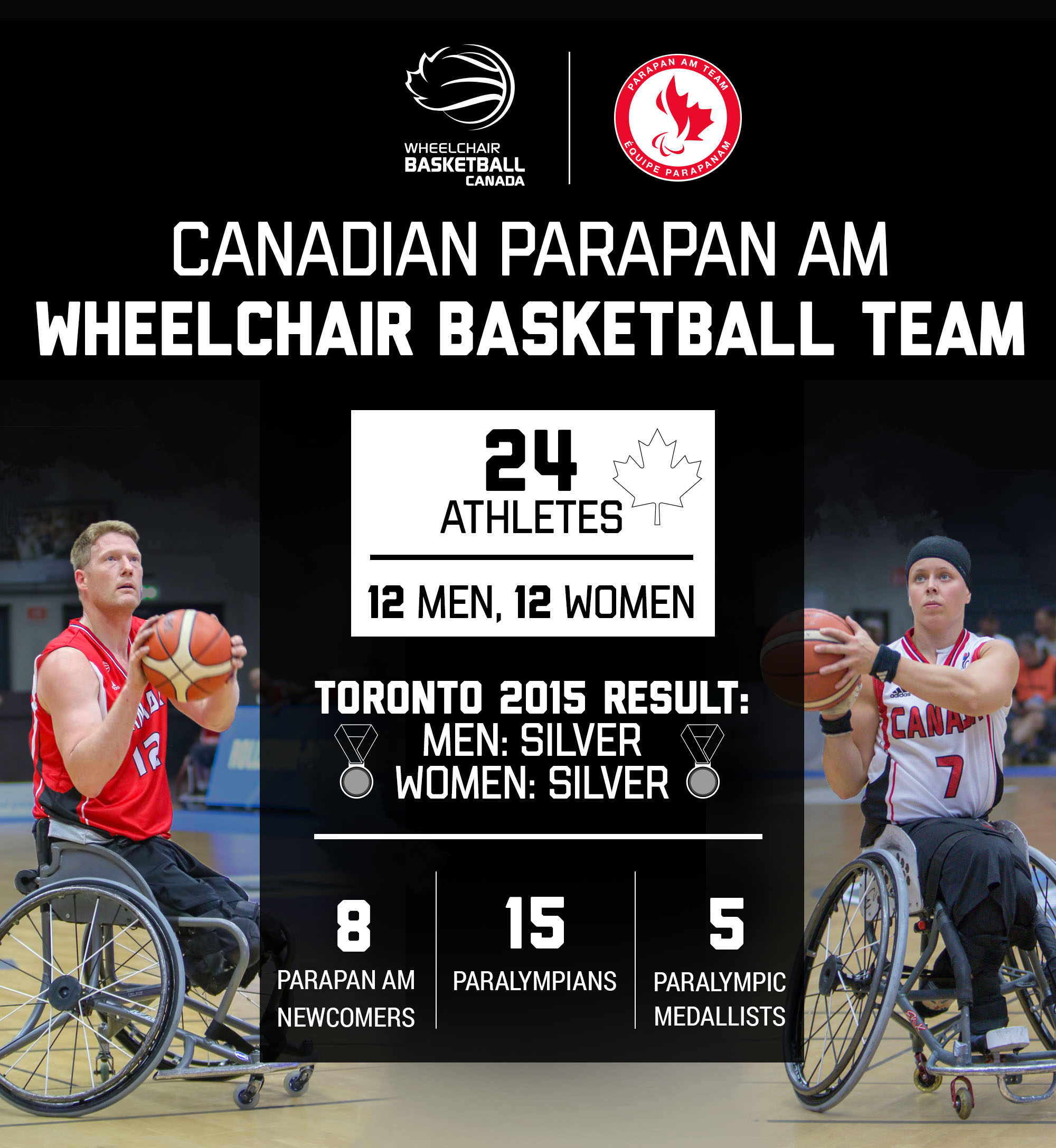