The Canadian Paralympic Hall of Fame recognizes and celebrates athletes, coaches, and builders who have made a significant impact on the growth and development of the Paralympic Movement in Canada. A new class of inductees is honoured every two years.

“A huge congratulations to the Canadian Paralympic Hall of Fame class of 2019,” said Marc-André Fabien, president, Canadian Paralympic Committee. “This is an extremely talented and dedicated group of people who are truly passionate about Paralympic sport and live by our values every day. They have made immeasurable contributions to our community both on and off the field of play throughout their entire careers. This will be a special induction ceremony and we can’t wait to honour each of them in Vancouver.”

This year’s inductees are:
*please click on each individual’s name for full bio

Josh Dueck, Para Alpine Skiing
One of Para alpine skiing’s most innovative athletes – he was the first person to do a back flip in a sit ski – Josh Dueck is a two-time Paralympian. The Kimberley, B.C. native captured a silver medal in his debut Games at Vancouver 2010 before being one of the stars of Canada’s Sochi 2014 team, becoming Paralympic champion in the men’s sitting super combined, and adding another silver in the downhill.

Viviane Forest, Para Alpine Skiing
The first Canadian to win gold at both a summer and winter Paralympic Games, Viviane Forest’s performance on the slopes was a highlight of Vancouver 2010, winning one gold, three silver, and one bronze on home soil in the sport of Para alpine skiing. The Edmonton resident added this to the two goalball gold medals she won earlier in 2000 and 2004.

Garett Hickling, Wheelchair Rugby
Garett Hickling, who lives in London, Ont. but is originally from B.C., was one of the best wheelchair rugby players in the world during a career that lasted over two decades. A leader for Canada, he was part of five Paralympic teams – where he claimed three medals (silver at Atlanta 1996 and Athens 2004, bronze at Beijing 2008) – as well as six world championships squads.

Joey Johnson, Wheelchair Basketball
One of the key players on Canada’s wheelchair basketball team for almost 20 years, Joey Johnson of Winnipeg is a five-time Paralympian. He helped Canada capture four Paralympic medals throughout his career – three gold (Sydney 2000, Athens 2004, London 2012) and one silver (Beijing 2008). He now is an assistant coach with Canada’s national team.

Joe Rea, Wheelchair Curling
From Prince George, B.C., Joe Rea has been involved in the sport of curling for years, first as a player, and then as a coach at the local, provincial, and national levels. He is the country’s most successful wheelchair curling coach, as he was at the helm of the Canadian team when it won three consecutive Paralympic gold medals at Torino 2006, Vancouver 2010, and Sochi 2014.

Kathy Newman
Vancouver’s Kathy Newman has been a tireless leader and advocate for wheelchair sports for nearly four decades. As an administrator with the BC Wheelchair Sports and Canadian Wheelchair Sports Associations, she recruited new athletes, developed programming, organized competitions at all levels, and made immense impacts on the lives of so many athletes with disabilities. She still currently serves on the boards of Wheelchair Rugby Canada and Wheelchair Basketball Canada.

The 2019 Canadian Paralympic Hall of Fame gala will take place the evening of November 15 at the Vancouver Marriott Pinnacle Downtown Hotel. Tickets are available to the public for $100 and can be purchased at:  https://coccpclab.wufoo.com/forms/m1i3bjcq0fxj1zp/ 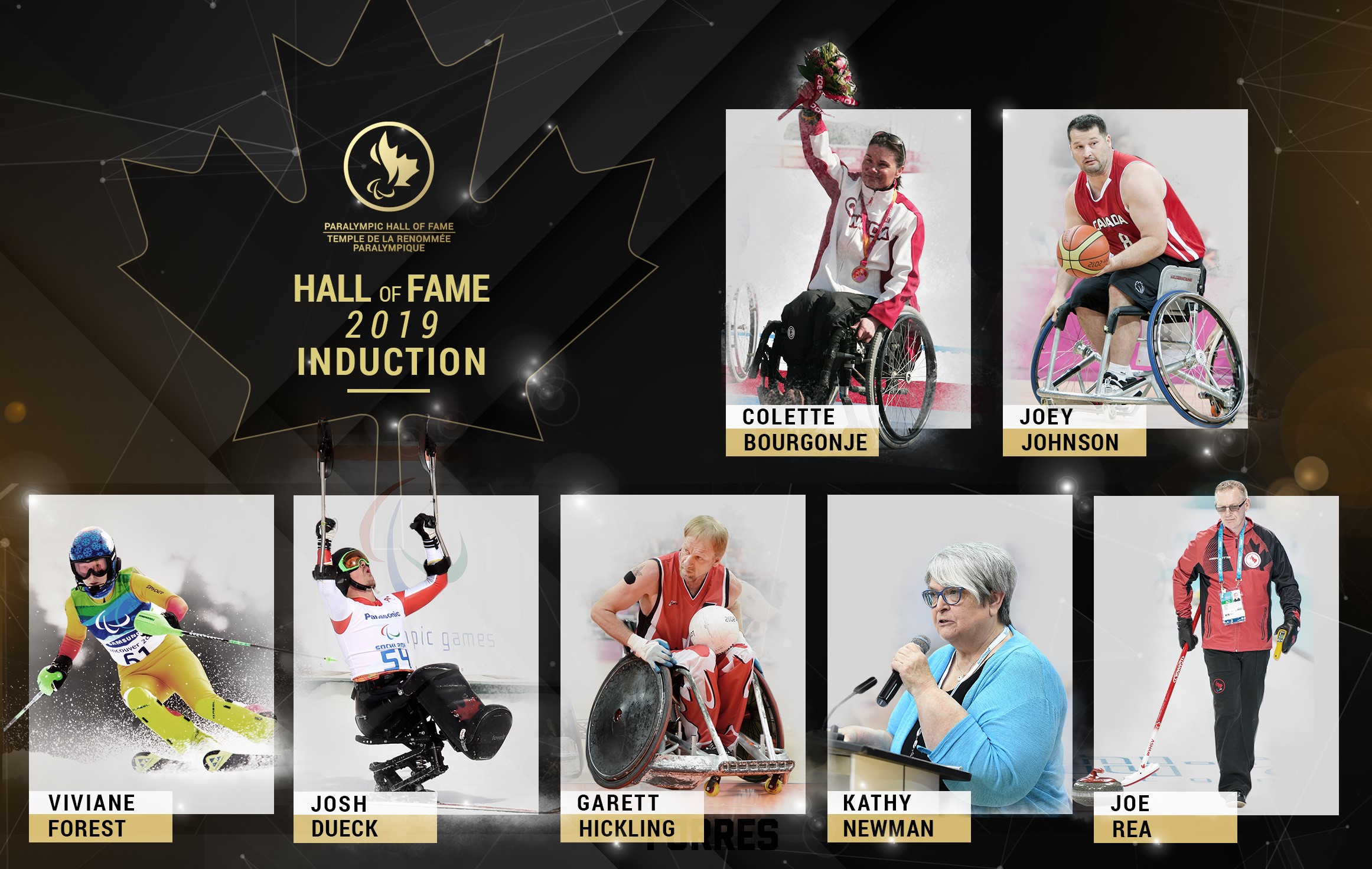