CANMORE, Alta.— A medal winning line-up of 13 Canadian athletes will look to successfully defend home turf when they host the top Para nordic athletes on the planet for the 2019 World Para Nordic Skiing Championships in Prince George, B.C., February 16-24.

Led by 10 Paralympians who combined to win a record 16 medals at the 2018 PyeongChang Games, Cross Country Ski de fond Canada named a veteran squad of three women and 10 men who will be on a mission for the podium when the world skis into Western Canada next week.

Two of Canada’s most accomplished Winter Paralympians – Brian McKeever (Canmore, Alta.) and his guide Graham Nishikawa (Whitehorse), along with Mark Arendz (Hartsville, P.E.I.) – who carried the Canadian flag into the Opening and Closing Ceremonies respectively one year ago – are ready to add another chapter to their storied careers at the premier race in a non-Paralympic year. McKeever, who has 13 Paralympic gold and 19 World Championship titles, will join the team for the final weekend of the 10-day event. Arendz, who set a record for winning the most medals ever in one Games by a Canadian Winter Paralympian with six last year, will toe the line in cross-country skiing and biathlon events.

“I cannot think of a better way to maintain the team’s current momentum we started at the PyeongChang Games than to compete at a home World Championships,” said Arendz. “The memories and lessons learned from last year’s Games are still fresh, and we will look to build on that positive energy for our preparations going into these worlds.

“Opportunities to compete on Canadian soil are rare, so it is important to take advantage of this incredible opportunity. Prince George has an incredible venue and volunteer spirit, and I know will provide an amazing experience.”

They will be joined by Paralympic medallists: Collin Cameron (Sudbury, Ont.); Brittany Hudak (Prince Albert, Sask.); Emily Young (Vancouver); and teenager Natalie Wilkie (Salmon Arm, B.C.). Cameron celebrated a triple bronze-medal performance in Korea, while Hudak had a bronze of her own. Young returned home from her first Games with a silver and bronze medal, while a 17-year-old Wilkie collected a complete set of medals.

They will be joined by Paralympic teammates Derek Zaplotinsky (Smokey Lake, Alta.); Yves Bourque (Bécancour, Que.); and Ethan Hess (Pemberton, B.C.). In addition to Hess, two of Canada’s next generation athletes will also make their World Championship debut. Kyle Barber (Lively, Ont.) along with 19-year-old Jesse Bachinsky (Kenora, Ont.) and his guide, Simon Lamarche (Victoria), will look to gain valuable experience while lining up against the world’s best.

“This is an experienced group of athletes who have two clear goals in mind: win medals and gain valuable international race experience for the next generation of athletes,” said Robin McKeever, head coach, Canadian Para Nordic Ski Team. “Depth is critical to mounting a podium attack, and we have a nice blend of veterans and NextGen athletes capable of putting the maple leaf on the World Championship podium in Nordic sports.”

Earning their spots to represent Canada through the national body’s selection policy, the dynamic squad will arrive into Prince George on February 11. The Canadian Paralympic Committee and CBC/Radio-Canada will provide live streaming coverage of the World Para Nordic Skiing Championships via the CBC Gem app and cbcgem.ca, as well as on the CPC Facebook page, and the Radio-Canada Sports app and radio-canada.ca/sports as part of its newly-launched Paralympic Super Series. 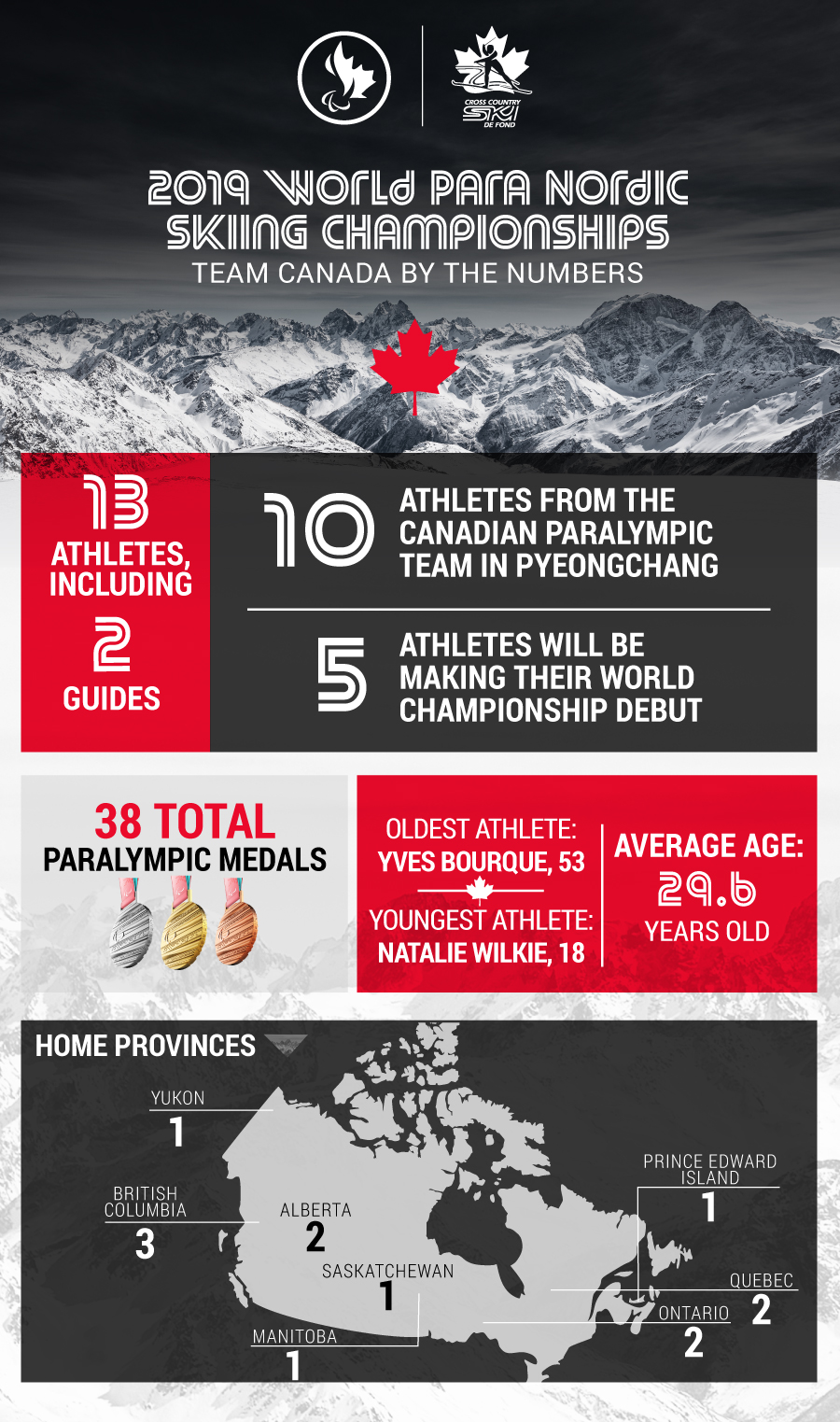