OTTAWA – Brianna Hennessy is attacking the next Paralympic Games cycle with great zeal as she prepares for her races at the season opening World Cup Para canoe event in Poznan, Poland this weekend.

That won’t surprise anybody, since the 37-year-old from Ottawa was at the Tokyo Games last summer despite only taking up the sport less than two years before. There’s no doubt – when Hennessy gets her mind set to a goal, best move out of the way.

‘’Other than being surreal and the most memorable moment of my life, last year’s Paralympic Games has truly inspired me to continue to work hard and grow on my journey to Paris 2024,’’ said Hennessy a few days prior to leaving for Europe for the World Cup.

“Closing ceremonies and being able to meet all the other amazing Para athletes,” she says of her top memories at the Games. “I was so humbled to even be amongst them. So many fabulous people with disabilities, working so hard to showcase their abilities.”

Hennessy is set to race in two boats this season, both the va’a and kayak.

‘’Racing two boats I have double the amount of pressure and races within a very condensed time frame,’’ she said about her upcoming season on the water. ‘’I’m bringing everything I’ve learned forward. I’m doing my best to be a sponge, soaking up all the expertise and guidance around me from my amazing team. ‘’

That team includes national coach Marc Creamer, Joel Hazzan, her coach at the Ottawa River Canoe club who installed her wiring harness ‘’and is forever working on my ongoing troubleshooting issues,” as well as strength coach Andrea Nicholls and assistant coaches Bevin Schmidt and Justin Rancourt.

After the World Cup, Hennessy has domestic regattas leading up to world championships in Dartmouth, Nova Scotia in the first week of August 2022. The world championship trials are in July and after the worlds are the provincials and nationals.

In the off season, Hennessy plays wheelchair rugby and she is a high-level player. She is the only female international import in the entire USA wheelchair rugby league of 44 teams. She is a member of the Tampa Bay men’s Division 1 team, ranked fourth in the U.S. 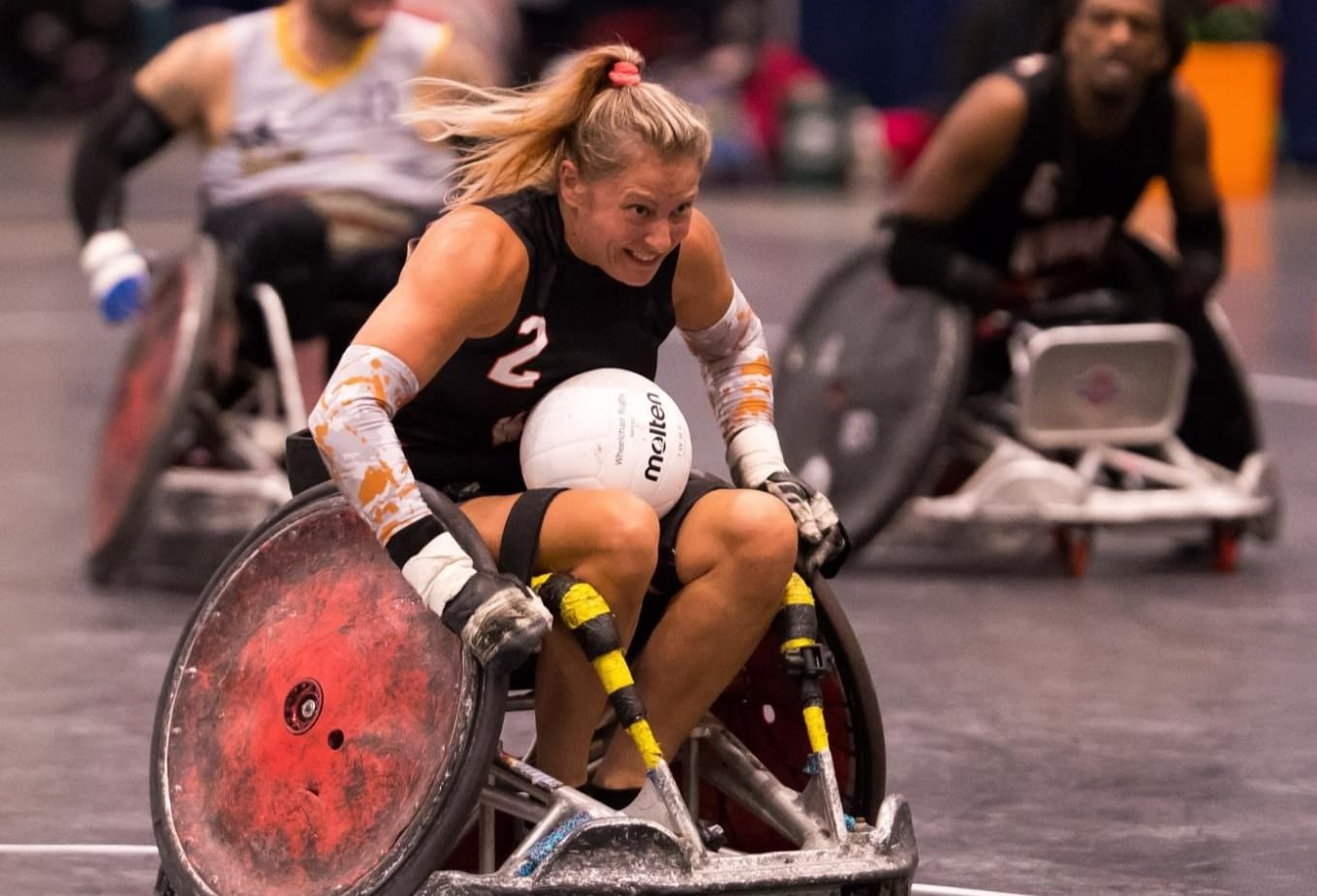 Wheelchair rugby was the first sport Hennessy was introduced to at the Ottawa Hospital Rehabilitation Centre, two years after her injury in 2014. She grew up in a sports family and Hennessy herself played AA hockey, provincial-level rugby and was an amateur boxing champ in Ontario before her accident at age 30. She was struck by a speeding cab driver in Toronto and was diagnosed as a tetraplegic.

In less than a decade she has created new, very real dreams.

‘’My dream for Paris is to podium for Canada in kayak or canoe,’’ she said. “I realize that I’m the newest kid on the block. I have so much to learn to attempt to catch up to these experienced athletes on the world stage.’’