May 07, 2022
Three-time Paralympian says support for parents in sport is important

It was after having her second child, son Adam, that Chelsey Gotell really had to change her mindset.

“To be able to do all the things I want to do and pursue my career and my passions, it’s been a learning curve of figuring out how to juggle how to do it all.”

The key has been knowing she can’t do everything.

“I think managing my time and my expectations better, but also stepping outside of the boundaries of what most sectors expect of people with boundaries of work/life balance,” says the three-time Paralympian, most recently elected as a member-at-large of the International Paralympic Committee’s Governing Board in December. “I’ve been learning to say no and learning to not be willing to take on great opportunities that would help my career because my health is most important, and my children are most important.

“Instead, being able to strategically take things on as I need to that benefit me and my family and my future, but not overstepping that boundary which I think most people really struggle with, I’ve been learning to really accept that aspect.

“I think it’s a really big strength to be able to step into that space.”

Adam is now 15 months old, younger brother to sister Emily, age three. And Gotell, who won 12 medals in swimming at the 2000, 2004, and 2008 Paralympic Games, is as busy as ever. In addition to her leadership roles in sport, she also has her own business working as an osteopath. 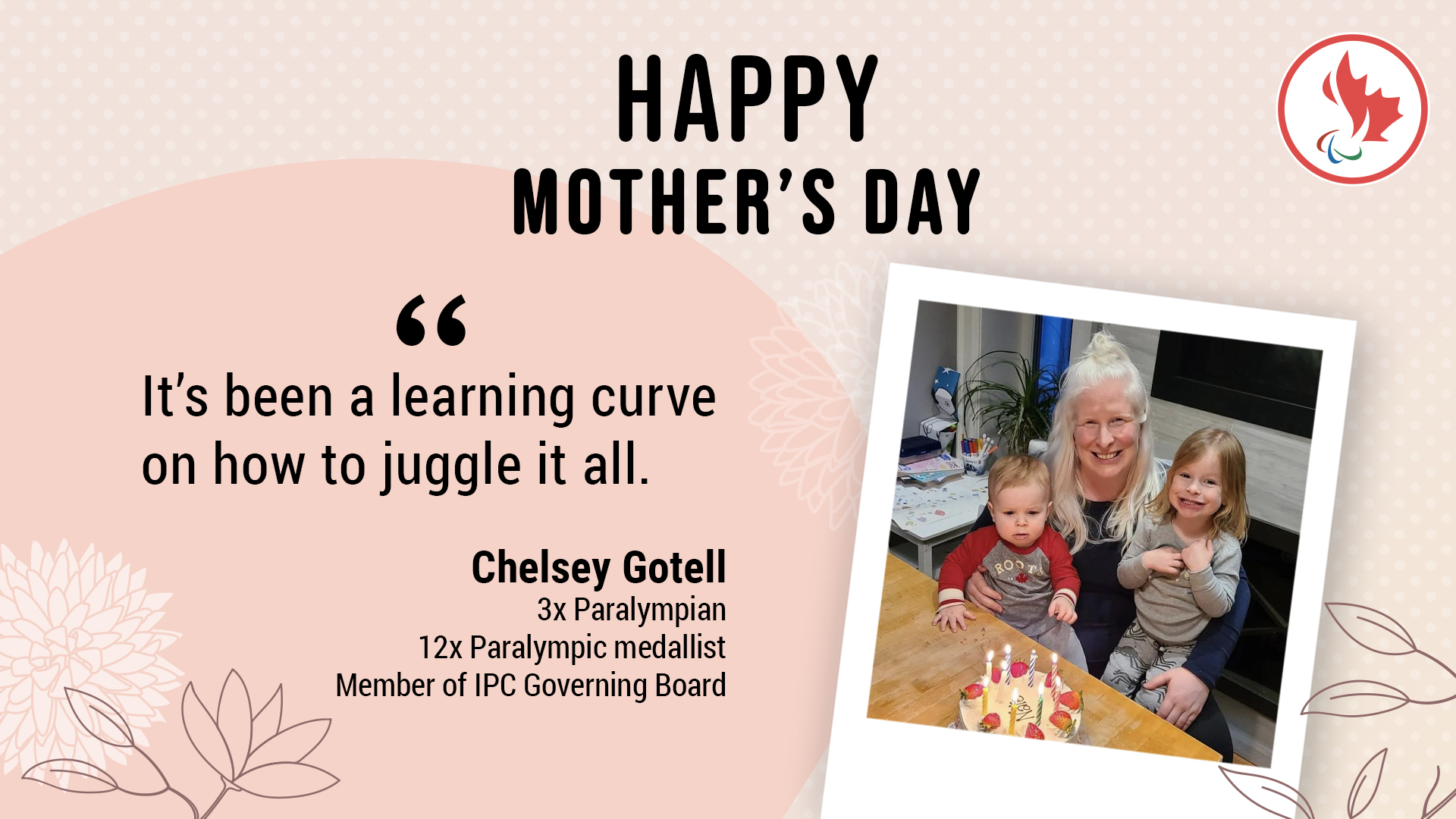 At three years old, Emily is starting to know a little bit about what her mom does.

“She knows that I was a swimmer, and every time she sees a swimmer in a book, she says ‘that’s you mommy’. And we asked her if she wanted to go to swimming lessons and she said, ‘no I want you to teach me mommy because you’re really good at swimming.’ So she understands somewhat, but she doesn’t understand the breadth of it.

And while Gotell was onsite at the Tokyo and Beijing Games, she says Emily was so happy and proud to see her on TV giving out medals.

Gotell says one of the great joys of motherhood is seeing their personalities develop and grow, and also witnessing the world through a new perspective.

Since her last Paralympic Games in 2008, Gotell has become one of the Paralympic Movement’s greatest athlete leaders, both in Canada and internationally. She was a member of the Toronto 2015 Pan Am/Parapan Am Games organizing committee, and was formerly chair of both the Canadian Paralympic Athletes’ Council and IPC Athletes’ Council before her current role on the IPC Governing Board.

Her peers and colleagues in the Paralympic Movement have been supportive of her need to manage her time more as a parent of two.

“Before I had kids, I didn’t really understand the impact of having children and trying to be involved in governance or even as an athlete,” says Gotell, who also says she is grateful for the support of her husband Steve in being able to juggle her many priorities. “But receiving so much support from people around you to help you accomplish your dreams and not have to drop things, for me it’s been a really enlightening and positive experience.

“I easily could have had to step down from the roles I’m in, but the support I’ve received from everyone in our movement has given me a different perspective of supporting parents in roles that are very demanding and time consuming.”

That support is something she says we need more of in the sport community.

“It’s something that we should wholeheartedly be discussing to support athletes through that phase of life.”

She also wants to see more women with children in leadership roles, noting especially that through the pandemic women have been disproportionately affected in stepping away from work to take care of kids.

“I think there needs to be a conversation about how we uplift females in the Paralympic Movement and the sport system in general and empower them to be strong leaders and give them a voice while also being able to navigate motherhood.”