Also on the podium Thursday was Shelley Gautier of Toronto with bronze in the women’s T1 time trial.

It was two Italian riders that denied Canada gold.

‘’I was anxious before the race, it was my first big one since the Tokyo Paralympic Games,’’ said Moreau, savoring his best ever world championship result. He was third in the time trial in 2017. 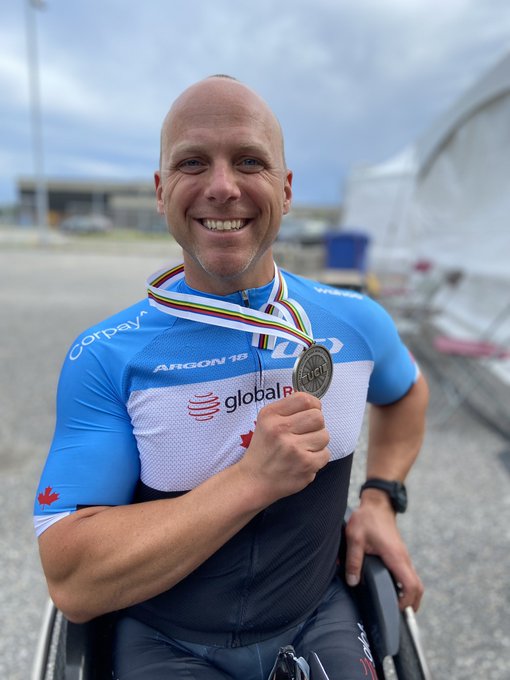 ‘’But I was ready, the preparations have gone really well. I always knew that physically I had the ability to get back on the podium at this level.’’

Moreau had been marred by mechanical issues the last couple of seasons. In Tokyo he was 10th and 12th in his two races. He was fourth in the time trial at last year’s worlds.

‘’The last three seasons have been hell,’’ he admitted. ‘’Bad luck was following me around. Last week at the World Cup I had an issue with my disc brake almost the entire race. But we were determined to come back strong here.’’

Joey Desjardins of Hawkesbury, Ont., was 11th and Alex Hyndman of Morpeth, Ont., was 15th.

Desjardins’s wife and two children made the long trek up the North Shore and where cheering and waving flags at the start as he began his race.

‘’I love seeing them here,’’ he said. ‘’It gives me a big push to get through the event and give it everything I had. I try to hold Charles off as far as I could but he got me before the big hill.’’

‘’I’m really happy with the race,’’ said Clement, 27, while receiving congratulations from his teammates and coaches. ‘’I felt like the lines that I came up with were really good.

‘’There’s still a lot of things I need to learn as an athlete and cyclist but overall way ahead from where I expected to be in this sport at this time.’’

A year ago, Clement, who had a stroke at age two which affects his left side, tore a muscle in his right hip and was unable to walk for two months. Then he suffered an ankle injury that caused another setback.

Clement is a former national Para swimming team member and was seventh in the 50 butterfly at the 2016 Paralympic Games. He started his Para cycling journey in 2020.

Gautier is no stranger to the world championships podium with 18 world titles in her pocket including the road race and time trial at last year’s worlds in Portugal.

‘’There are two new competitors in my category who are lighter and faster than me so I managed to get third and I’m excited about that,’’ said Gautier, 54, a veteran of three Paralympic Games. ‘’I’ll do some strategies and I’m going to be competitive next year still.

‘’That’s really important for me.’’ 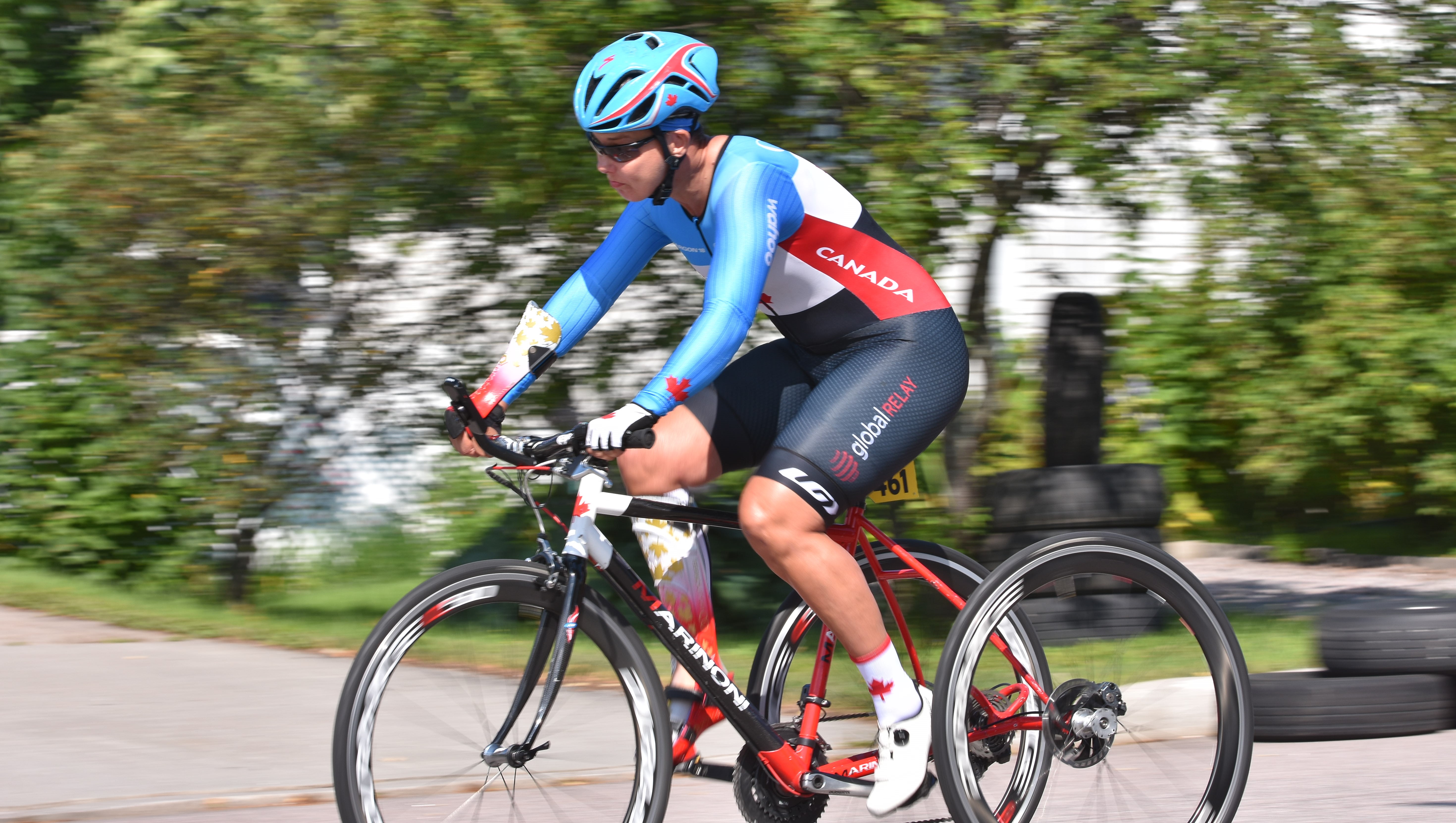 In the men’s H2 (handcycle race) race Matthew Kinnie of Riverview, N.B., nearly reached the podium placing fourth in 41:00.72 which equals his result from a year ago.

‘’I didn’t have a good warm-up but I gave it everything I had,’’ said Kinnie, 39, who sells adaptive equipment and is president of the board of directors with Parasport New Brunswick.

‘’The community here is so supportive. They don’t mind the road closures they sit on their front porches with signs cheering us on.’’

‘’I was hoping to finish in the top half,’’ said Corriveau Jolin who missed his goal by one spot. ‘’I was really pleased with how I negotiated my turns. That is the toughest aspect on the tricycle.’’

The time trials for the tandem cycles and the regular bikes are on Friday.

The road race events on August 13 and 14 will be livestreamed as part of the Paralympic Super Series. Viewers can watch the action on Paralympic.ca as well as CBC Sports and Radio-Canada digital platforms, including: the free CBC Gem streaming service, cbcsports.ca, the CBC Sports app for iOS and Android devices, radio-canada.ca/sports and the Radio-Canada Info app for iOS and Android devices. Two separate two-hour shows featuring both live coverage and top highlights will also air on the CPC’s Facebook page on both days, and be mixed into the livestream. CPC will also share highlight packages for the time trial events on August 11 and 12.