Alexandre Hayward was a hockey player until the age of 15 when he suffered a spinal cord injury on the ice during a tournament in Montreal. He was paralyzed from the neck down and thought his days of high-level competitive sport were over. However, after working hard and persevering with his recovery, Alex walked out of the rehab centre six months later.

Although he could no longer play hockey they way he used to, Alex was introduced to Para sport through a “Have a go day” in New Brunswick. A variety of Para sports were set up in a gym and individuals could have a tutorial on each of them and try them out. Alex went into the event wanting to try Para ice hockey and Para alpine skiing. However, when he arrived there was a wheelchair basketball game taking place and he was immediately drawn in.

Aside from loving the game, he liked the concept of classifications. Para ice hockey does not have classifications and for someone like Alex with an upper body impairment, this would add an additional challenge. Classification in wheelchair basketball is the process by which a team’s total functional potential on the court is leveled off with respect to its opponent. It is a functional evaluation taking into consideration each player’s ability to perform skills specific to the sport of wheelchair basketball; wheeling, dribbling, passing, reaction to contact, shooting, rebounding. Each player is then assigned a point value based on their functional ability and that point value determines a player’s classification. Classifications range from 1.0 to 4.5. Lower classified athletes are more limited in their functional skills. Athletes assigned to higher classes have few, if any, limitations. The total number of points on the court assigned for each of the five players may not exceed 14 points at any one time in most divisions.

Alex ended up playing wheelchair basketball for the next eight years. After completing high school in 2015, he moved to Toronto to the National Training Centre for two years and made the Junior National Wheelchair basketball team. He competed in the under 23 World Championships in 2017 before being chosen for the Senior National Team. However, when COVID hit, he had to find unique ways to get his training in.

Cycling had always been a part of Alex’s life, and during the pandemic, he found himself keeping up with his able-bodied friends on bike rides. He felt like he instantly fit in. 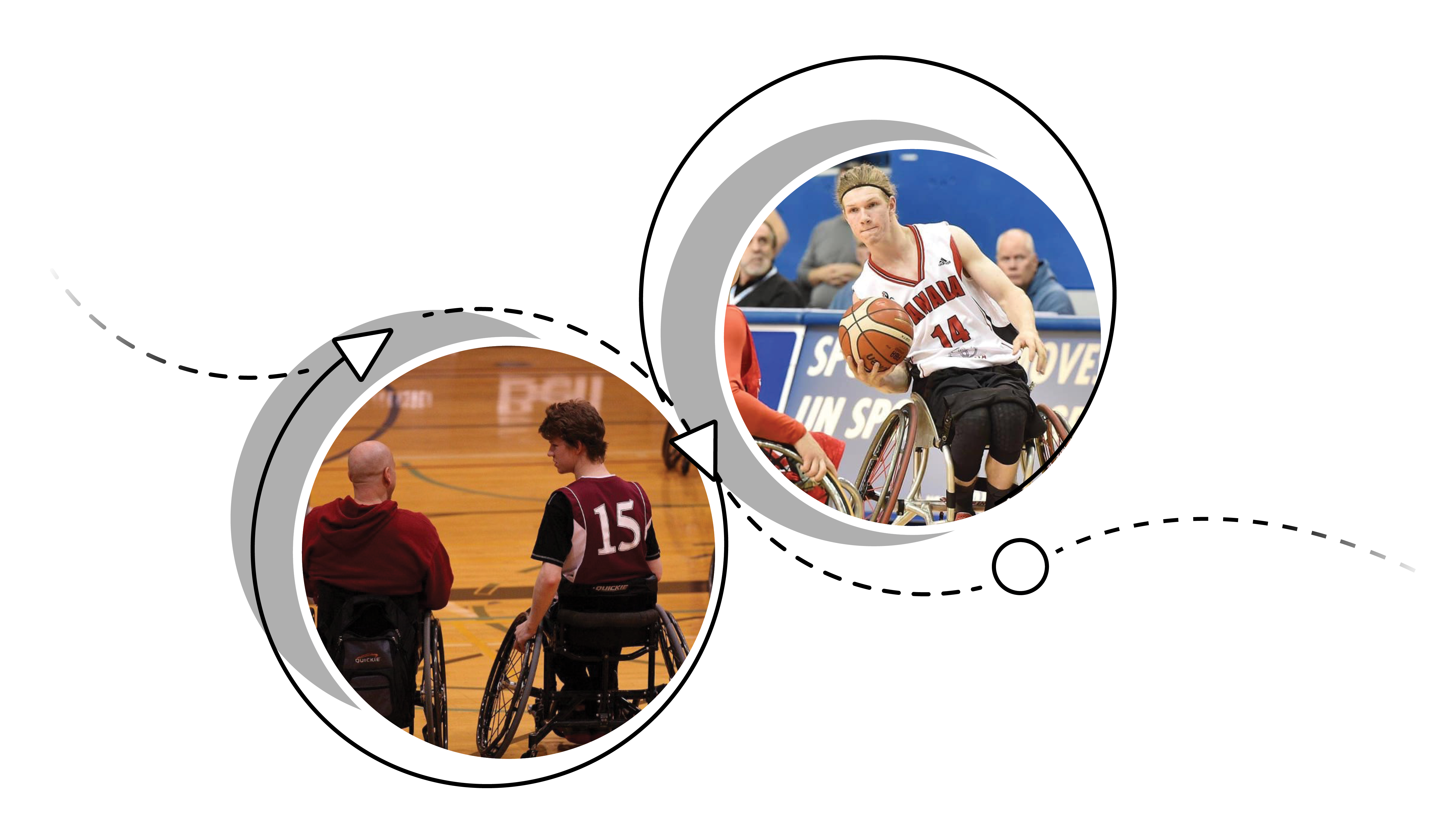 He was introduced to the Next Gen coach of Cycling Canada at an event which eventually led to him getting virtually classified and to his first Para cycling event in May 2022. In his short competitive cycling career, he won the time trial and road race at the National Championships in Montreal and also won the time trial and came 6th in the road race, just 4 seconds from the first-place finisher, at the World Cup in August 2022.

Most recently, Alex travelled to Paris in October 2022 to compete at the Track worlds after only learning how to ride a track bike on a velodrome a month prior to the event. He finished 5th in the Individual pursuit setting a new Canadian record in that event (by 6 seconds) and ended up only a few seconds behind 1st place.

He has his sights set on the 2024 Paralympic Games in Paris but is taking it one step at a time. First up is graduating at Christmas with his biomedical engineering degree.