Growing up in Prince Albert, Saskatchewan, Erica Gavel was a multisport athlete with a focus on volleyball. However, after attending a basketball camp in Grade 9 led by Team Canada basketball coach Lisa Thomaidis and Team Canada athlete, Sarah Crooks, she had her sights set on making the national team.

While playing basketball at the University of Saskatchewan, Erica acquired a knee injury that took her out of the sport. However, it made her classifiable for wheelchair basketball and she was able to continue working towards her goal of playing for the national team. 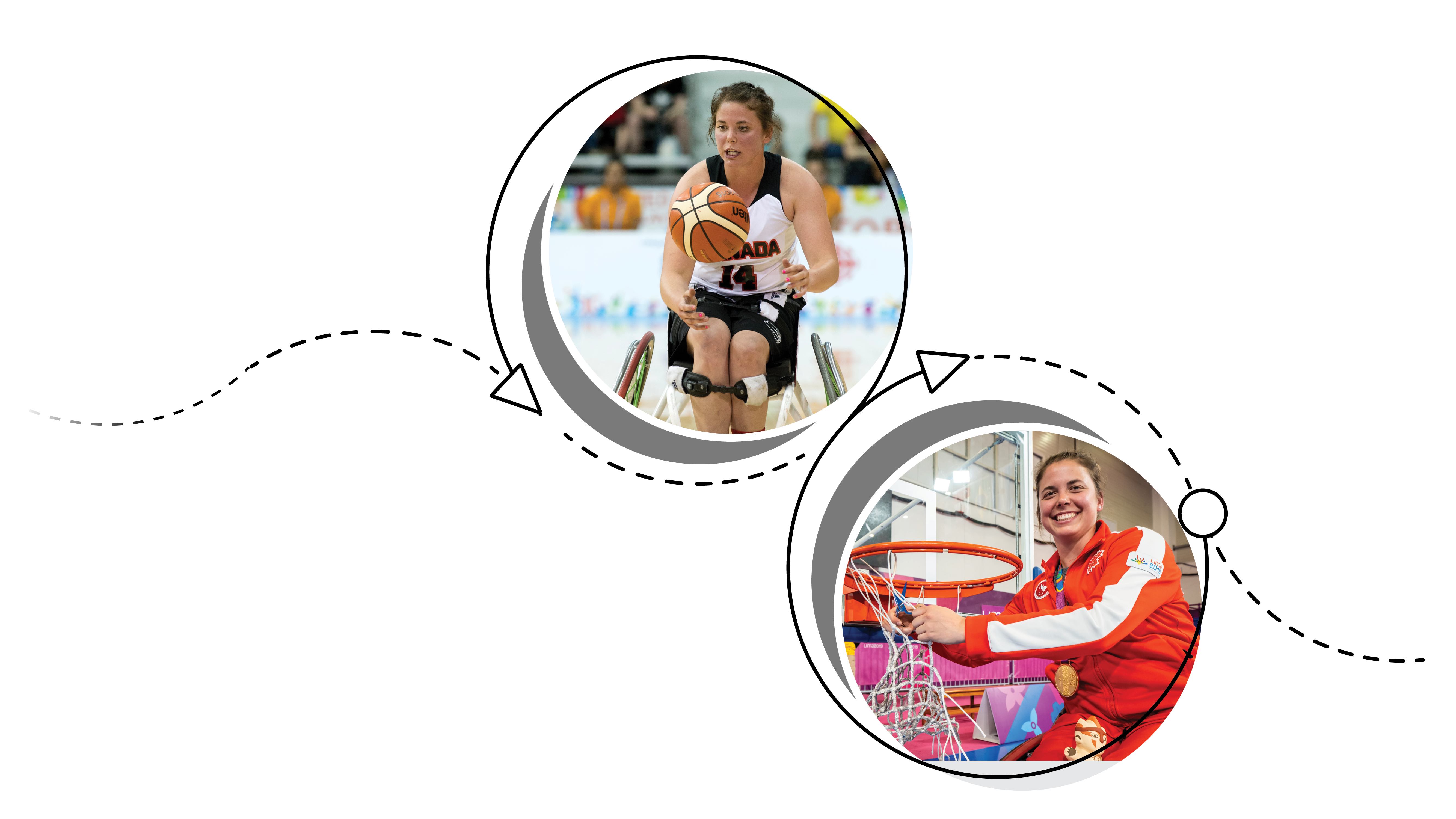 Aside from her accomplishments as an athlete, Erica is finishing up her PhD in environmental Physiology and Paralympic performance. She is currently doing research for Own the Podium and Wheelchair Rugby Canada, and works part time at the Canadian Sport Institute of Ontario as a physiologist. She is the physiologist and in charge of research innovation for the women’s Para ice hockey team. She is also involved with the International Wheelchair Basketball Federation and the International Paralympic Committee from a sports science perspective.